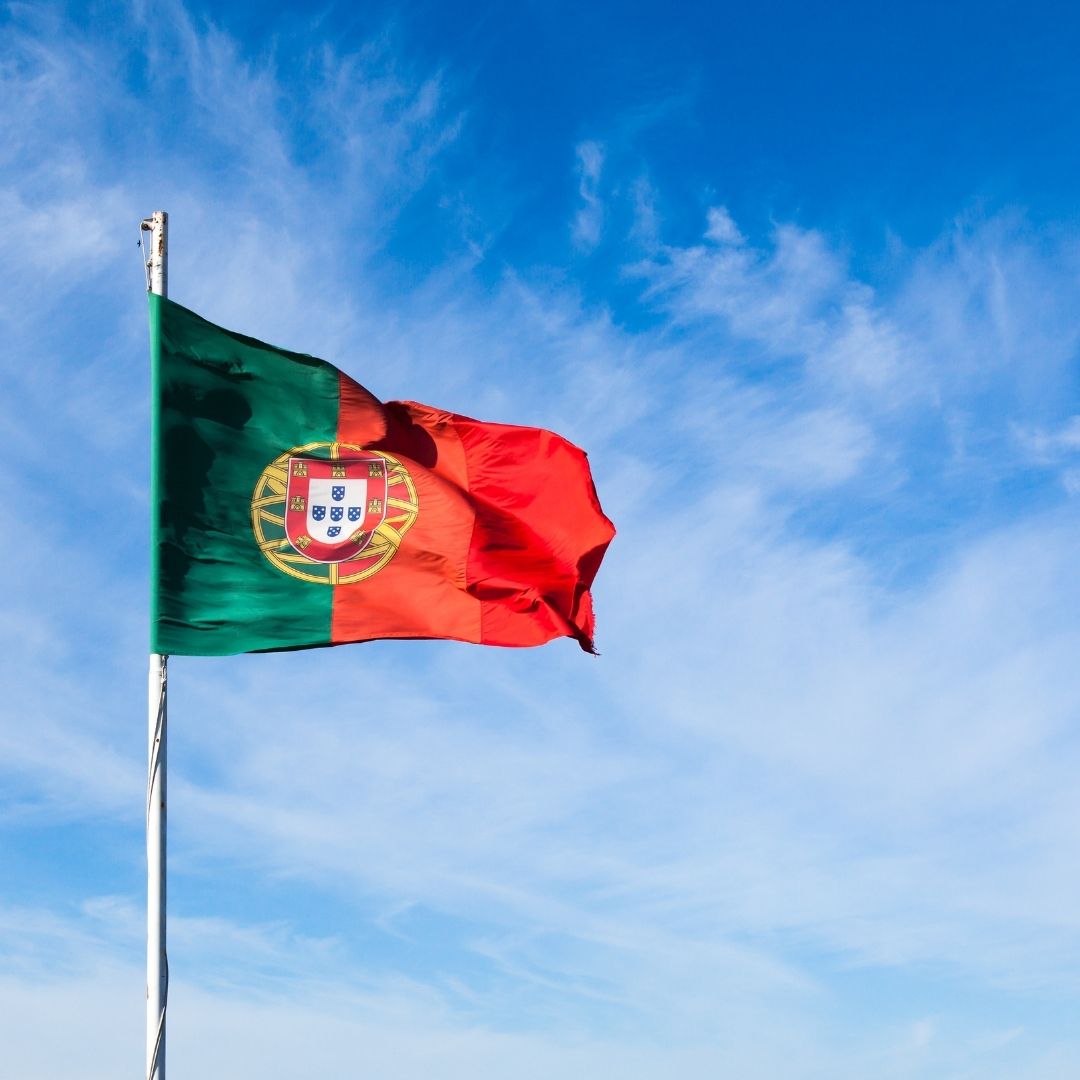 Portugal is an incredible country, for a place so small on a map, it has certainly made its mark on the world.

Known for being intrepid world explorers, the Portuguese have led the world in travel, trade and even renewable energy. And even with being a strong Catholic country, they have also stepped up (and ahead of other countries) when it comes to personal freedoms.

On a less serious note, the Portuguese are known for being full of character, with traditions and quirks that make it one of the more memorable destinations that you will ever visit!

The city of Lisbon is believed to be older than the Roman Empire by about 400 years. Many historians believe that Lisbon was settled by the Phoenicians around 1200 BC.

2 – Portugal is the oldest country in Europe

Unlike most countries, Portugal’s borders in Europe are exactly the same now as they were when Portugal was established as its own country in 1279.

While Portugal was the first global empire, by 1986 all of Portugal’s colonies in South America, Africa and Asia had been granted independence. 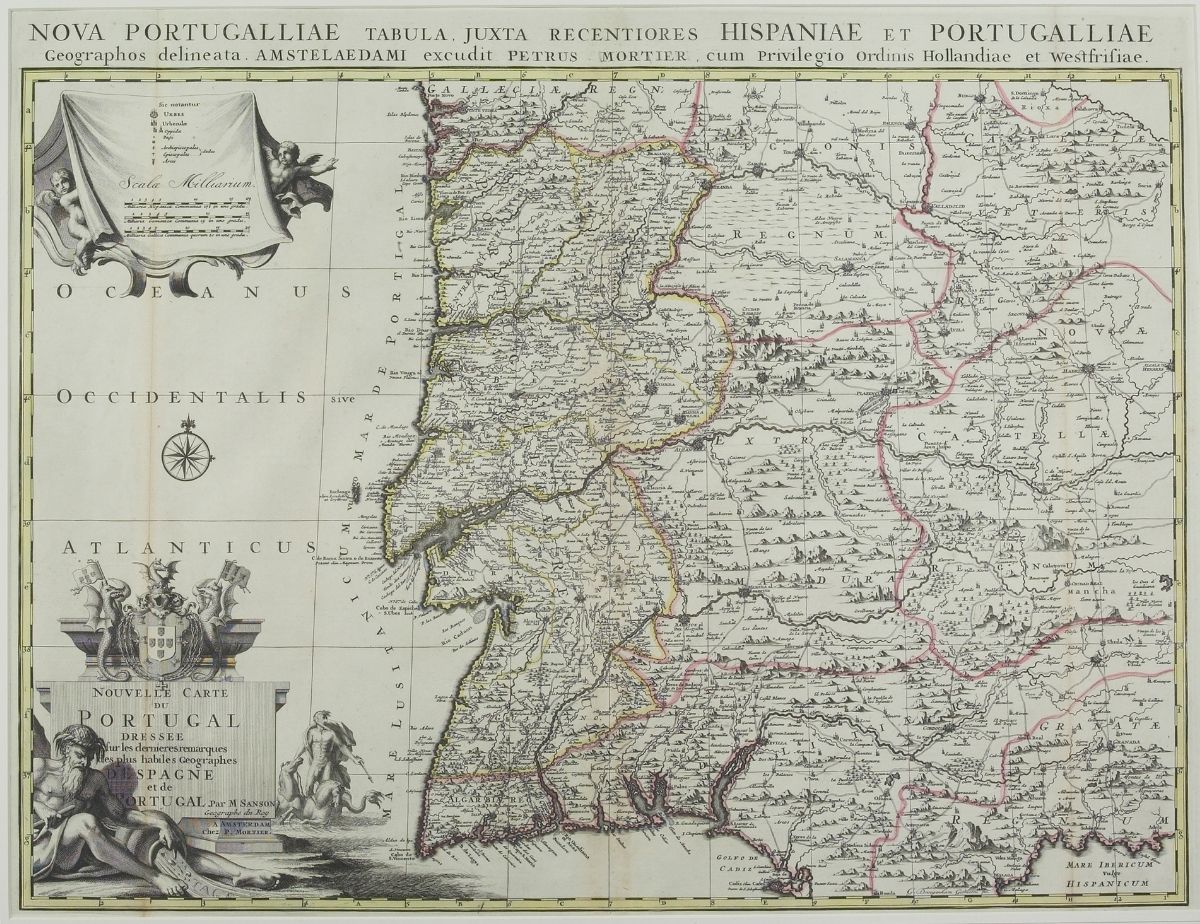 3 – The world’s oldest bookstore is in Lisbon

The world’s oldest bookshop, Livraria Bertrand (Bertrand Bookstore), can be found on Rua Garrett in Lisbon.

Established in 1732, the bookstore was nearly lost in the Great Lisbon Earthquake in 1775. Thankfully, while the original owner had sold it, the new owners (The Bertrand brothers) brought and rebuilt the bookstore in the original location.

Now Bertrand is a publisher and one of the largest bookstore chains in Portugal and Spain.

4 –  One of the world’s oldest universities is in Portugal

Founded in 1290 by King Dinis of Portugal, the University of Coimbra is one of the oldest universities to be in continuous operation in the world.

The university was declared a UNESCO World Heritage site in 2013 and has over 20,000 students.

5 – Portuguese is the official language of 9 countries

An estimated 232 million people around the world speak Portuguese as their native language. Which when you remember that Portugal was a global empire is not surprising!

As Portuguese is a Latin Romance language, it shares it roots with French, Spanish and Italian. It is also very similar to the regional dialects in Southern Italy.

Portugal is home to the world’s largest cork forest, with the tree being native to the region.

The evergreen cork tree has been a staple park of the Portuguese countryside, and the spongey cork is used in many products ranging from cork stoppers, to handbags, coasters, shoes and more.

Over 70% of the world’s cork exports come from Portugal, and it is even illegal to cut down a cork tree without the government’s consent.

Vinho do Porto is the famous sweet, fortified wine produced in the Douro valley in Porto that is a must-try when visiting the area.

Produced exclusively in the UNESCO listed Duoro Valley, Port is the third-oldest protected wine region in the world.

Fun fact – Port wine is named after the City of Porto, not the country.

However, the city of Porto is believed to have been named after the country. Portucale was the original name of the region around Porto before the region became a Kingdom.

8 – The national music of Portugal is fado

Declared Intangible Cultural Heritage by UNESCO in 2011, fado originated around 1820.

The name ‘fado’ comes from the Latin ‘fatum’, meaning fate or destiny, which is an accurate description for the folk music, which is often mournful, sad, full of hope yet heart-wrenching at the same time.

Depending on the region of Portugal you are in, the style and instruments used do vary slightly. You can hear fado being played in cafes, bars and restaurants throughout the country.

9 – Bacalhau is the national dish of Portugal

Considering half of Portugal faces the ocean, it is not surprise that its national dish is dried, salted cod (bacalhau).

What is odd though, is that cod is not native to Portugal, and is found only in northern waters – such as the Baltic sea.

The dish is so popular that is it believed that there are over 365 different ways to prepare the fish – enough for a dish every day!

In 1543 the Portuguese were the first Europeans to reach Japan. The first ship carried Portuguese guns, which as the Japanese were engaged in a civil war, were very interested in. Interesting fact – it took the Japanese less then a year to reproduce the mechanisms and over time even improved the quality of the guns.

Trade was not just limited to guns, food, wool, soap and tobacco were all also very popular in Feudal Japan.

Deep frying was a common cooking method in Portugal and even Spain for hundreds of years, and Portuguese traders and missionaries introduced this cooking method to the Japanese while they were there.

11 – The shortest reigning monarch in the world was from Portugal

Luis Filip was assassinated in 1908, along with his father (King Carlos) and his younger brother (Infante Manuel).

King Carlos died immediately, but Luis lived for 20 minutes after his father died.  Because of this, Luis is considered to be the shortest living monarch in the world.

Crispy, creamy and absolutely delicious, the Pastéis de Nata are a must-have in Portugal.

There is debate even in Portugal as to which recipe is the original, but the owners of the popular Pastéis de Belém have kept their recipe a secret since the 19th century.

13 – Portugal is one of the world’s top surf spots

Portugal’s coastline spans 800 km along the Atlantic, with some incredible surf-spots.

As Portugal’s climate is so temperate, you can surf there any time of the year, making it a popular destination for surfers from around the world.

The world-famous chilli sauce known as piri-piri originated in Portugal.

While chili is not native to Portugal, thanks to their globe-trotting expeditions, Portuguese traders brought chilli from South America, and mixed it with spices from Africa, before bringing it back to Europe to be served with churrasco chicken.

15 – The Shrine of Fátima is a global pilgrimage centre

The shrine of Fátima is a world-famous pilgrimage spot for Christian worshippers.

In 1917, three young shepherds (children) claimed to have the Virgin Mary appear to them, divulging the three secrets of Fatima to them.

After the death of the children from the 1918 flu pandemic, locals and pilgrims started constructing a chapel and hostel in the area. But it was not until 1928 that the current Basilica was built.

16 – Half of the “New World” Once Belonged to Portugal

As the first global empire, and one of the longest-lasting colonial powers (almost six centuries), Portugal made its make on every continent on the planet.

In 1494, the Treaty of Tordesillas was signed, formally separating ‘new world’ countries between Portugal and Spain. This meant Portugal would own Brazil, parts of Africa and parts of Asia. Macau was the last colony owned by Portugal and was returned to China in 1999.

The Anglo-Portuguese Alliance between England and Portugal was signed in 1373 and is still in force to this day.

18 – Portugal Was the First Colonial Power to Abolish Slavery

Despite being instrumental in the Atlantic Slave Trade, Portugal was the first colonial power to abolish slave trade back in 1761.

It would be another half a century before Britain, France, Spain and the United States would start to abolish slave trade.

On 1st November 1755, Lisbon was struck by what is believed to be an 9.0 magnitude earthquake followed about 40 minutes later by the largest tsunami to ever hit Europe.

Due to unfortunate timing, the 1st November is All Saints’ Day and the earthquake coincided with Church services. The Churches and buildings were unable to stand the force of the shaking and collapsed on people inside, killing thousands instantly.

The candles that were lit inside the churches also caused massive fires throughout the city which lasted for nearly 6 days.

Sadly, in the minutes after the eruption, and due to the large fires already burning through the city, many people ran to the docks and edges of the city to escape the fires. Which would have been fine, except that no one there could have predicted the tsunami that followed.

The force of the earthquake was so strong it literally reshaped the area around Lisbon, moving the hills that surrounded the area.

Around 85% of the buildings in Lisbon were destroyed, and an estimated 60,000 deaths just in Lisbon alone.

Ferdinand Magellan is believed to have led the first successful expedition to circumnavigate the globe.

21 – You must be fingerprinted for ID cards

In 2008, Portugal became the first country to make it compulsory for people to have fingerprints on identity cards.

The cards were originally the size of a passport and laminated, now they are similar in size to credit cards, with the chips now holding all your biometric data.

22 – Portugal Has the Second-Longest Bridge in Europe

The Vasco da Gama Bridge in Lisbon is 12.3 km long and was the longest bridge in Europe for nearly 20 years. It was not until 2018 when the Crimean Bridge was opened in Russia that it lost its title.

In 2010, Portugal became the sixth country in Europe to allow same-sex marriage, and it ranks 4th in the Ilga-Europe Rainbow Country Rankings.

24 – Portugal ran for 5 consecutive days on only renewable energy

Here is a little-known fact – In 2016 Portugal managed to successfully run the entire country on only renewable energy for nearly 5 consecutive days.

Portugal has been investing heavily in renewable energy, with an ambitious goal to achieve 80% of its electricity from renewable sources by 2030, and to completely eliminate greenhouse gas emissions from the generation of electricity by 2050.

Portugal is home to 15 UNESCO World Heritage Sites. With the exception of only one, these are all cultural sites. These play an important role in tourism and are one of the reasons Portugal has become one of the top 20 most-visited countries in the world.

Explore Portugal with these Tours 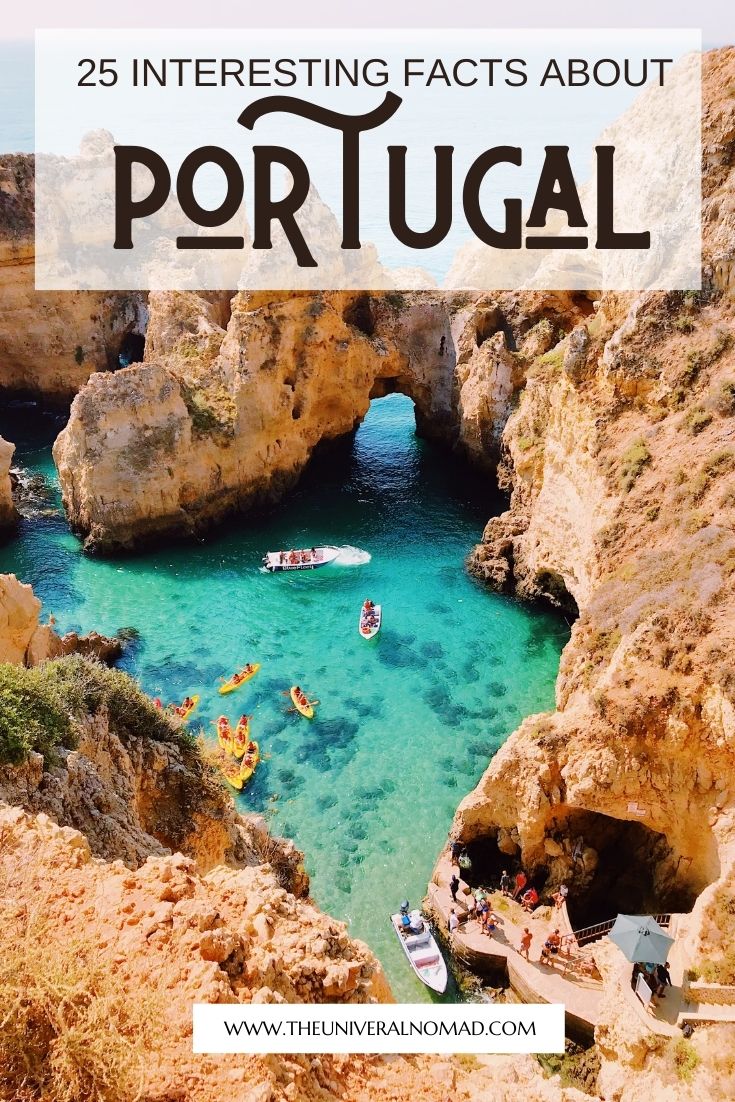 A Guide to the 1st Arrondissement in Paris, France

Why December is the best time of year to visit Milan

How to make Spritz at home (the Venetian way)