A short history of Portugal

Portugal, a tiny often forgotten corner of Europe that was once the first truly global empire in the world. Because it is just outside the ‘easy’ to visit Portugal is often missed by international tourists, though its internal European tourism is high. It has only been in the last few years that mainstream tour companies such as Contiki, have even started to include Portugal as a part of their tours.

My father’s family is Portuguese/French, and they emigrated to Australia from Portugal when my father was 5, back in the early 1970s. It was not until December 2015 that I finally got to visit for the first time. While I didn’t get to meet any relatives, I did finally get to see a part of this incredible country.

It is impossible to share all of Portugal’s fascinating history in one post, but here are some of the highlights – or rather a short list of important events that impacted Portugal’s history.

Portugal’s history dates back over 400,000 years, and there is a strong belief that Lisbon is one of Europe’s oldest capital cities. Proof of settlements dating around 400 years before the Roman Empire have even been found. None of which is surprising when you consider the rather strategic location of this country.

While recorded history goes back pre-Roman era 6400 Be- 140 BC), it was not until the Romans arrived that Portugal became the agricultural region that it is now. The Romans brought in, as they did across all their settlements, agricultural & mining techniques, aqueducts, and the Latin language.

Not long after the fall of the Roman empire, Visigoths (German tribes) took over the Iberian Peninsula (Spain, Portugal & Morocco). However, that was not to last, as the Moors from North Africa conquered and maintained control of the Peninsula for nearly 800 years.

In that time many Arabic words became part of the language, helping form the Portuguese and Spanish languages as we know them today.

In 1143 Portugal became an Independent Kingdom. In what can best be described as family drama at its finest, Afonso I of Portugal, who was the son of Teresa of Leon and Henry of Burgundy (rulers of the County of Portugal) went to war against his mother and her lover. In Afonso’s defence, after the death of his father, Afonso’s mother disowned her son and tried to declare herself Queen. Her sister who really was a Queen was having none of that, and neither was Afonso.

After several battles, Afonso eventually exiled his mother to Galicia, allowing him to take control of the County. He then demanded Portugal have greater independence, with him as King (of course).

It was not until Afonso finally defeated the last of the moors in the Battle of Ourique that the military supported his claim. Add in a strategic marriage and a few donations to the Catholic Church, and soon they also supported his claim. Thus, the kingdom of Portugal was created.

Later in the 14th Century, also known as the Age of Exploration, the Portuguese led the world in sailing. The Portuguese established trade routes and cemented their position as the financial and power hub of Europe. Portuguese explorers established colonies in South America, Africa, Oceania, and the Far East. Remains of Portuguese ships have been found all around the world, even along the coast of Australia.

Once the Dutch, British, Spanish and French fleets caught up though, Portuguese power began to diminish as their colonies and trade posts were attacked, and they had to share in the highly lucrative spice and slave trades.

Portugal’s fate was truly sealed in the tragic earthquake in 1755 which destroyed much of Lisbon. Ships, people, maps, crucial records and gold were all lost in the event, which also reshaped the very land that surrounded Lisbon. Sadly, by the time Portugal was able to rebuild its ships and capital city, it was too late and they never really managed to get back to their previous position of power. Critical records and maps were lost, and without their all-important fleet, Portugal struggled to maintain control over their trade routes and colonies.

An interesting piece of history that I learned while in Porto, is that the Portuguese are deeply religious people (which is still very true today). Every time a ship left, and every time a ship successfully returned (which would often take years) gold was given to the Churches for prayers and thanks. So much so that there are still Churches in Porto which are literally lined in gold.

What many did not realise or consider was that the Churches, though built on Portuguese land, belonged to the Roman Catholic Church, and everything inside the Churches automatically became the property of the Pope.

Not an issue when Portugal was rich and powerful, but when the seat of all their power is destroyed, they appealed to the Pope, asking to use the gold donated to the Churches to help rebuild. The Church said no and refused to assist financially.

As a retaliation, the Government of Portugal slowly started building in front of these churches. The Churches could not be destroyed, but they could be hidden from plain site, which of course upset the Church, but they could not stop them. Just a little petty but who can blame the Portuguese??

Moving forward to 1910, there was a successful revolution to depose the monarchy. The Government formed was then deposed as well in 1926 to form a dictatorship. This lasted until 1974.

What is interesting is that this very dictatorship stopped Portugal from participating in both World Wars. Antonio Oliveira de Salazar was a strong proponent of nationalism and self-reliance.  His motto was even “Proudly alone”. It was also so that the Portuguese military could focus on maintaining control of their colonies.

This belief had the interesting result of making Portugal a ‘neutral’ country. Even today if you ask people what their opinion is of Portugal, there is rarely a strong love/hate response.  During World War II in particular, Portugal was considered neutral, and Jews were able to safely use Portuguese ports to escape Europe (provided they could make it there).

The Path to Democracy

Explore Portugal with these Tours 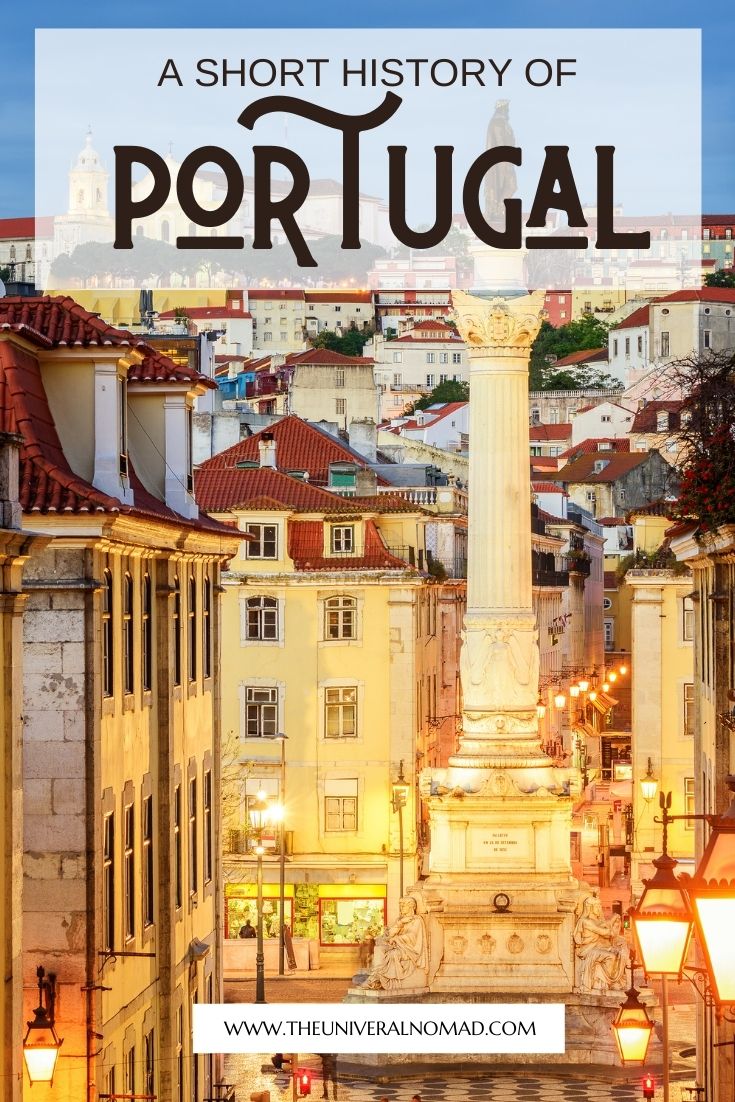 A quick guide to visiting the Arc de Triomphe in Paris, France

Why winter is the best time to visit Cinque Terre, Italy

How to Explore Paris with these Virtual Tours

Reasons why Venice & the Veneto Region are a must-visit destination