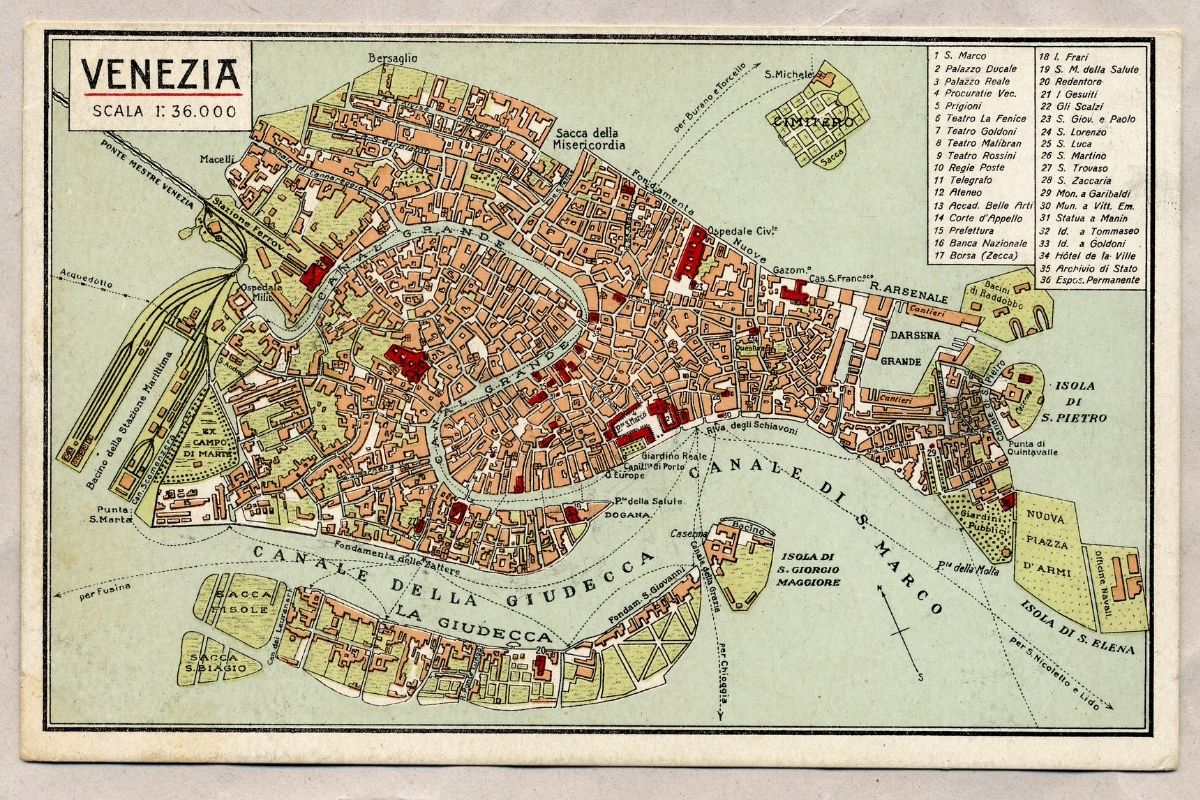 A Brief history of Venice & the Veneto Region

With thousands of years of history, dating back to before the Ancient Romans, the story of the Venice and the Veneto region is long and fascinating.

The 119 islands of Venice may be slowly sinking into the lagoon which holds it up, but with more than 20 million visitors a year, its popularity is showing no signs of waning! Whether it is the ‘streets’ made from water, the incredible architecture, the food or the history, there is something about Venezia that keeps drawing visitors in.

So, to help you understand this incredible city a little bit better, here is my (very) brief history of Venice and the Veneto region…

BC & the Ancient Romans

The Veneto took its name from the Veneti, also known as Paleoveniti, an Indo-European tribe who settled in north-eastern Italy around the time of 600BC.

By the 3rd century BC however, the region was conquered by the ancient Romans. The citizens of Verona, Vicenza, Este and Treviso were granted Roman citizenship (possibly due to surrendering instead of fighting the Romans incursion).

During the Roman occupation, Verona become a pivotal base for the Roman armies due to its strategic location, allowing the armies entry to the alps in the north. But as shown throughout history, nothing lasts forever, and Rome and the Roman Venetia eventually fell to the attacks from the Lombards, Goths and Huns in the 5th Century AD.

The Beginnings of Venezia

As the Roman control began to weaken and fall, the Veneti and citizens of the surrounding cities fled to the lagoon islands as refugees. While no paper records remain, it is believed that the first stone of the city was laid on 25th April, St. Mark’s Day.

Because the islands are over marshland and swaps, it made it very difficult for invaders who were not familiar with the area to attack. Even the son of King Charlemagne has to withdraw from his attempted siege of Venice after six months!

Read more about how the City of Venice was built

Venice was conquered however by the Byzantine Empire during the sixth Century, but that did not last as the Venetians were able to place their own choice of the very first Venetian Doge (similar to Duke – the highest official of the republic of Venice) into power in 697.

Trade links with Byzantium were established, and Venezia built their initial success on its salt trade. Over time Venice moved to solidify its ambitions and powder in the Mediterranean and Adriatic seas… it did this with a very loud and brazen move – by stealing the relics of St Mark the Evangelist from Alexandria for their own Basilica.

Not long after interning the relics into their Basilica did Venice declare their religious and political independence, publicly naming the area the Venetian Republic.

Sadly, in 967 there was a devasting fire in the city centre which destroyed several buildings, including the Doge’s palace which housed all the archives and records of the city, as well the first church dedicated to St. Mark (San Marco).

Where to find Roman Veneto

The best place to find ancient Rome in the Veneto region is the fair city of Verona.

Verona has the highest concentration of ancient Roman sites than anywhere outside of Rome. The Arena is also one of the best preserved in Europe and is still regularly used for performances today.

Visit the Verona Archaeological Museum for fine mosaics and sculptures, while Castelvecchio has some very rare early Christian glass and silver. Museums can also be found in Este, Adria, Treviso and Portogruaro, situated near Concordia. 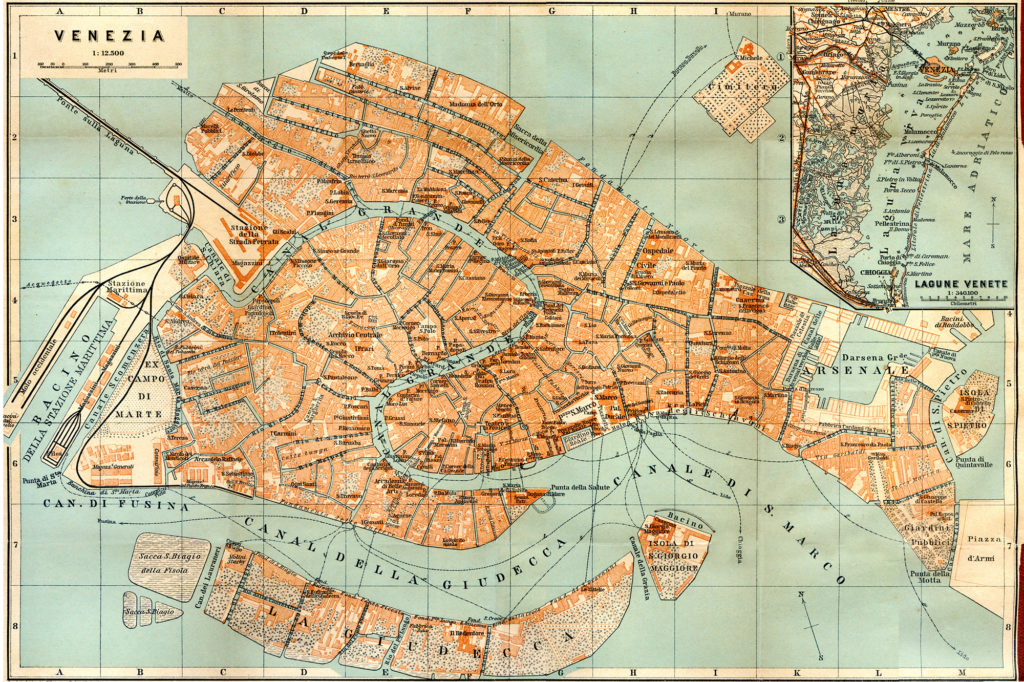 La Serenissima, The Venetian Republic and the Crusades

Traditionally known as La Serenissima (Most Serene Republic of Venice), the Venetian Republic lasted from 697 – 1797.

As a primarily maritime republic, Venice used their trading negotiated trading privileges with the Byzantine Empire to dominate trade in the Mediterranean and Adriatic seas. Controlling the flow of trade between Europe, North Africa and Asia.

With a firm focus on business first, Venetians traded everything from spices, silk, wood, fish and even slaves.

Even when the rest of Europe was at war with the Muslims, Venice still continued its trade relationship with the Byzantine Empire, even while providing supplies and shipping Crusaders to fight the Saracens in the Holy Land.

After the fall of Constantinople during the fourth Crusade in 1204, Venice became established as an Imperial power and helped establish the Latin Empire. After the fall of Byzantine, Venice was given sections of the Greek Empire, as well as several important trade routes with Syria, Palestine, Crete and Cyprus.

The Venetians were unusual in how they set up their government and power structure. As much as there was a Doge appointed to oversee the city and in theory have complete control, the Venetians forced every Doge to sign a promise that the Doge had to complete as soon as they were elected. Each ‘promise’ was different, but certain to benefit whichever family assisted in their election.

Initially Venice was controlled by certain families (believed to be descended from the original refugees who established Venice), but over time Councils were set up to dimmish that control and make the system more equitable. By 1223 the Serenissima Signoria become the Republic of Venice’s Supreme body of Government, guaranteeing that even if the Doge fell, the Republic would continue.

Venice also introduced its own coin in 1284, the gold ducat, which was then used as a trade coin throughout Europe for three centuries.

The peak of the Venetian Golden Age was during the fifteenth Century, where Venice and its 200,000 citizens reigned supreme as the centre of trade and commerce, with the world’s largest port.

During the first half of the fifteenth century Venice began to conquer parts of Northern Italy, expanding its reach to claim Verona, Padua, Brescia and Bergamo. Along with control over Crete, Cyprus and Eubea – taking advantage of the Byzantine Empire’s decline.

As well as immense wealth, the region also enjoyed a golden age of art, music and culture. Throughout the Veneto region, masterpieces were being created by innovative painters such as Canaletto, Tintoretto, Tiepolo, Titian and Veronese; composers such as Monteverdi, Gabrielli and Vivaldi; incredible architecture was designed by Palladio, and astronomer Galileo shared the mysteries of the stars. 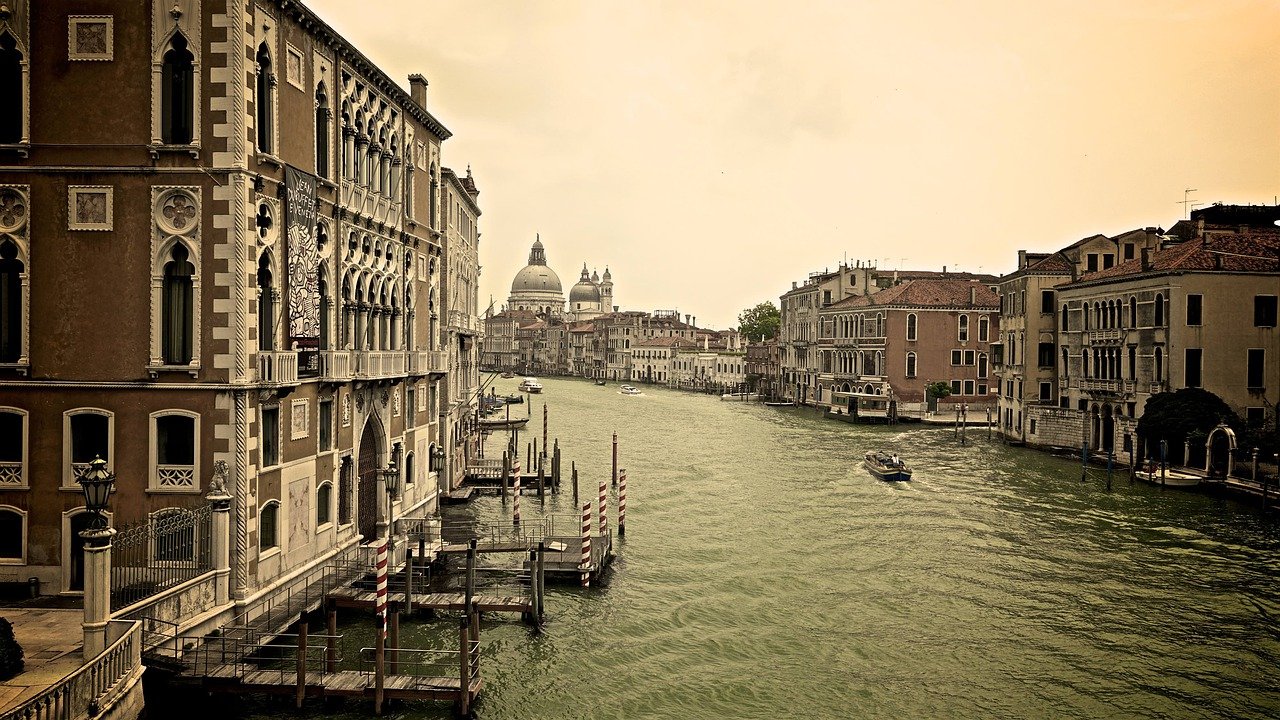 The Fall of the Venetian Republic

Due to a combination of events, towards the end of the fifteenth century Venice began its slow decline.

In 1453, Venice lost control of Constantinople to Sultan Mehmet II, followed by the discovery of the Americas in 1492; and of the world changing discovery of the sea routes to India and Asia by Portuguese explorer Vasco da Gama.

As Constantinople regained its power, Venice was forced to give up Crete and Cyprus, along with other territories it had claimed.

And to add further salt to the wounds of the weakening Venice, the Black Plague swept through Venice between 1629-1631, wiping out a third of its population.

In 1797, Napoleon Bonaparte invaded Venice and brought about the end of the 1,000-year-old City State. Venice and its territories were given to Austria in exchange for Lombardy in 1797.

Tossed for decades between France and Austria by Napoleon, many disgruntled Venetians developed an intense nationalist movement against the French and joined the vanguard of the revolutionary Risorgimento fighting to unify Italy.

While the rest of Italy was coming together to form the Kingdom of Italy, Venetians underground societies were battling for their independence from Austria. Even though the Venetians lost a major battle (the Battle of Rieti) to the Austrians in 1821, they still voted to unify with the rest of Italy. As punishment the Austrians destroyed a large part of Venice, which led to Venice’s surrender, but the attention of the powerful Duchy of Milan, King of Naples and the Pope.

In 1866 Austria ceded Venice to France in the Treaty of Vienna, and shortly after the French returned Venice to Italy.

Elena Lucrezia Cornaro Piscopia (5 June 1646 – 26 July 1684) was the first woman to gain an academic degree from a university (Padua university in 1678), as well as the first to receive a Doctorate of Philosophy. Sadly Elena passed away from tuberculosis seven years later, but she paved the way for women to study at the University of Padua.

While Venice never managed to regain its golden age or the power it once had, it is now a huge tourist draw and a must-see for anyone visiting Italy.

In 1895 the first Biennale art exhibition was inaugurated, helping to ensure that Venice remained at the vanguard of art, culture and architecture. Lido became a stylish resort, with grand hotel developments and drawing northern Italians to its shorelines every summer. In 1932 the first Venice Film Festival was held.

Venice itself was expanded with the expansion of Mestre and Porto Marghera. In 1933 the Ponte della Libertà was constructed to connect Venice to Padua by road.

During both world wars, Venice was surprisingly unscathed, but fighting did take place in the Mountain passes of Veneto. However, in 1966, the city was hit by the worst floods in its history causing many of the residents to move out of the heart of Venice into the smaller islands surrounding it. Then in 1970 a tornado struck the lagoon, causing 21 deaths along with severe damage to the city centre.

Venice and the Veneto today

With more and more of the population leaving due to the high costs of living in Venice brought on by mass tourism, and regular flooding, the floating city is slowly losing the very thing that brings a city life.

On top of that, in 2017, UNESCO threatened to place the city on its “in danger” list, due to concerns over cruise ships, mass tourism and damage to the fragile lagoon ecosystem. Sadly since 1900 the city has sunk 123 cm (48in) lower and continues to sink a tiny bit more each year.

At least now only smaller ships are allowed to dock in Venice, however larger ships are still allowed into the lagoon. And the vital flood defences introduced in 2003 are still not yet operational which leaves the city at risk of extreme flood events.

Only time will tell how long this stunning island city will last.

3rd Century BC: Veneto is conquered by the Romans; Verona, Aquileia, Padua and Latinum founded.

401 BC: Goths invade, the people of Veneto migrate to the lagoon

421 BC: Refugees build on the islets of Rivo Alto (Rialto) and establish the city of Venice

639 BC: The Bishop of Altino founds Santa Maria dell’Assunta, Torcello

828 BC: Venice steals the relics of St Mark from Alexandria; the winged lion of St Mark is the symbol of the republic.

1000 AD: Venice controls the Adriatic coast. The “Marriage of Venice to the Sea” ceremony is inaugurated.

1453 AD: Constantinople falls to the Turks, leading to the first Ottoman-Venetian war.

1489: The King of Cyprus is poisoned after marrying into Venetian nobility.

1797: Napoleon Bonaparte invades the Veneto; the doge abdicates, and the Venetian republic ends

1846: A causeway connects the city to the mainland and the Italian rail network

2017: The #EnjoyRespect Venezia campaign calls for responsible tourism in the city.

2018: Venice is hit by a series of intense storms which left three-quarters of Venice submerged in the worst flooding in a decade.

2019: Italy’s Minister of Transport announces that it would start limiting cruise ship numbers in the city’s historic centre, and ships will be gradually moved away from their current routes. This is after a cruise ship smashed into a dock in Venice, injuring at least 5 people.

Explore Venice with these walking tours 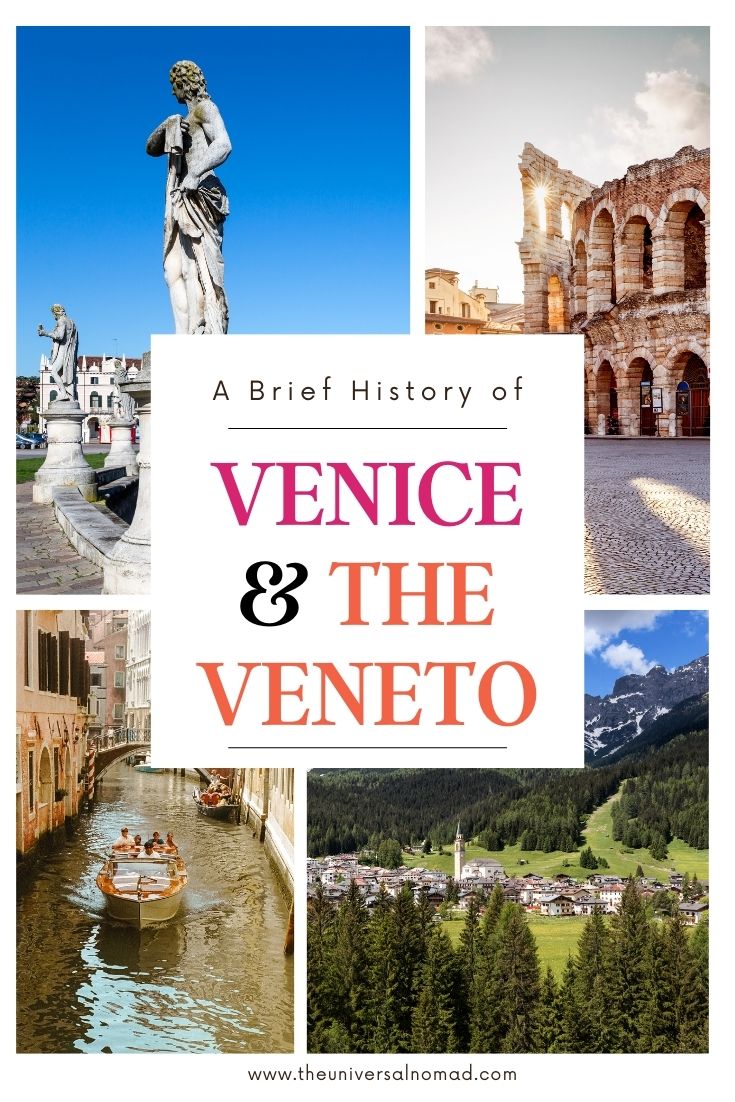 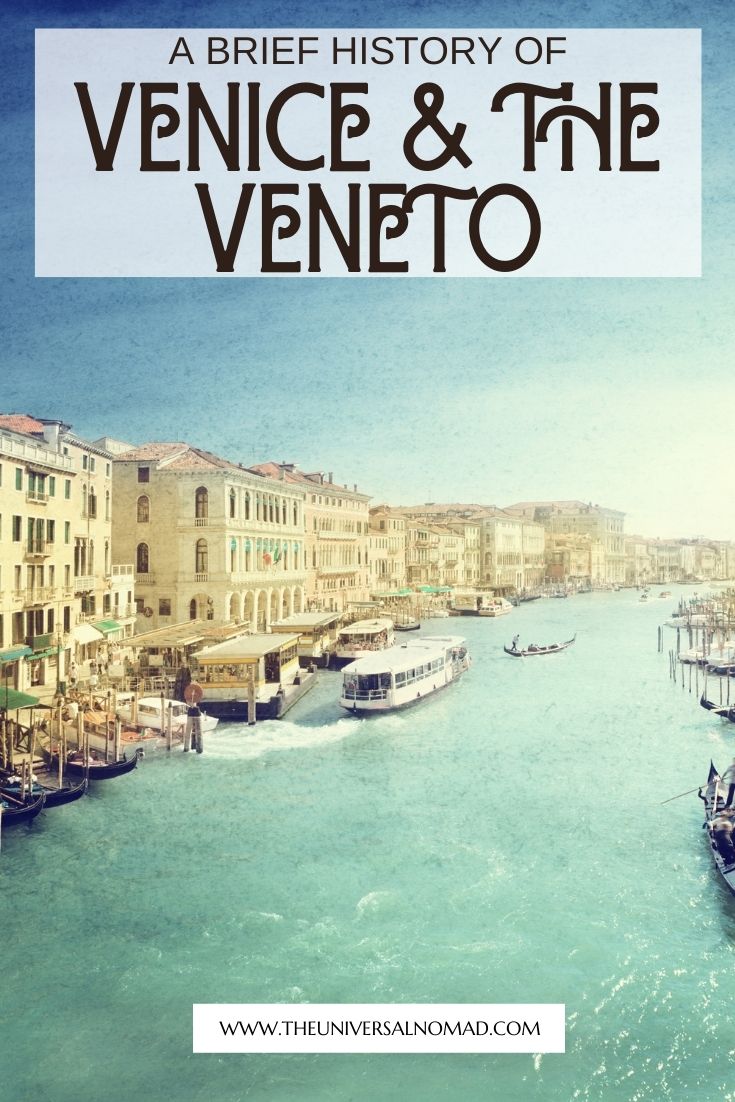 A Year of Festivals & Events in Venice & Veneto