No matter what time of year you choose to visit Venice and the Veneto region, there is something always going on.

From festivals celebrating specific foods, to historical re-enactments and cultural highlights, there is no reason not to celebrate when visiting such a rich and diverse part of the world.

So here is, by no means complete, a comprehensive list of the festivals and events held in the Veneto region throughout the year.

Please let me know if there are any that I missed!

Carnevale (10 days up to Lent)
Most associated with Venice, this festival is celebrated across the region,  with extravagant pageants, concerts and balls.

Verona in Love (Week of 14th February)
A week of romance, poetry and love themed festivities in Verona, the home of Shakespeare’s star-crossed lovers, Romeo and Juliet.

Benedizione del Fuoco (Maundy Thursday – beginning of Easter)
Held in Venice, the start of Easter is marked with the “blessing of Fire”, a holy flame is lit in the darkness of the Basilica di San Marco after dusk, followed by a sombre procession lighting each candle in the church one by one.

Su e Zo per I Ponti  (1st Sunday)
A 12km charity fun run through streets of Venice and up and down the city’s 45 bridges.

Festa della Sensa (1st Sunday after Ascension)
A symbolic marriage ceremony between Venice and the sea, with boat races and street celebrations.

Rovigoracconta Festival (May)
A cultural festival held in Rovigo with over 100 artists, musicians and writers filling the streets of Rovigo with free cultural events and performances.

Vogalona (2nd Sunday after Ascension)
Hundreds of boats partake in the 32km (20mils) “Long Row” from Palazzo Ducale to Burano and back.

Festa del Redentore (third weekend of July)
Holiday of the Redeemer. A boat race, fair and fireworks to commemorate Venice’s deliverance from the plague in 1576.

Festa del Pesce at Maerne di Martellago (4th – 20th August)
A festival of seafood and traditional Venetian recipes that have been handed down for generations, all with the backdrop of live music and dancing.

Venice International Film Festival (1st week of September)
One of the world’s most important celebrations of cinema, drawing an array of film stars and paparazzi to Venice’s Lido.

Regata Storica (1st Sunday)
Venice’s favourite regatta, and the most important Venetian rowing competition, recalls the arrival of the Queen of Cyprus in 1489, with a costumed pageant on the Grand Canal.

Palio dei 10 Comuni – Montagnana (3-5 September)
A historic horse race dating back to 1366 with 10 jockeys representing the ten municipalities of Montagnese race each other. A historical parade and markets

Gioastra della Rocca (second and third weekends of September)
A historical re-enactment festival in Monselice. The nine districts of Monselice compete again each other in Medieval themed events, such as chess games, tambourine challenges, archery, relays and races. Along with markets, tastings, shows and fireworks.

Feast of the Must (1st weekend)
Festivities celebrating the completion of the harvest in Sant’Erasmo, with barefoot dancers pressing grapes the traditional way.

Rice Fair (September – October)
Every year the Rice Fair is held in Isola della Scala, bringing chefs from all over Italy along with Risotto Masters (Maestri Risottari) to cook traditional risotto recipes. Along with plenty of rice, there are historical parades, sports activities, cabaret shows, concerts and markets.

Vintage Toy Fair (April & October)
Geld every six months in VeronaFiere is the Vintage Toys Fair. The perfect place for adults and children to swap, sell and share toys, stories, and passion for toys of all types from the 1800s to 1960s.

Festa della Salute (21st  November)
A votive bridge is erected across the Grand Canal so that people can cross to extol La Madonna della Salute for deliverance from the 1631 plague.

Regata dei Babbi Natali (Sunday mid-month)
Rowers dress as Santa Clause and compete on the Grand Canal before taking part in a water parade featuring Santa and his elves.

Note: Affiliate links may be used in this post. I may receive a small commission at no extra cost to you if you use my affiliate link. Full disclosure policy here. I only recommend products that I have used personally, or currently use that I feel provide a high amount of value. 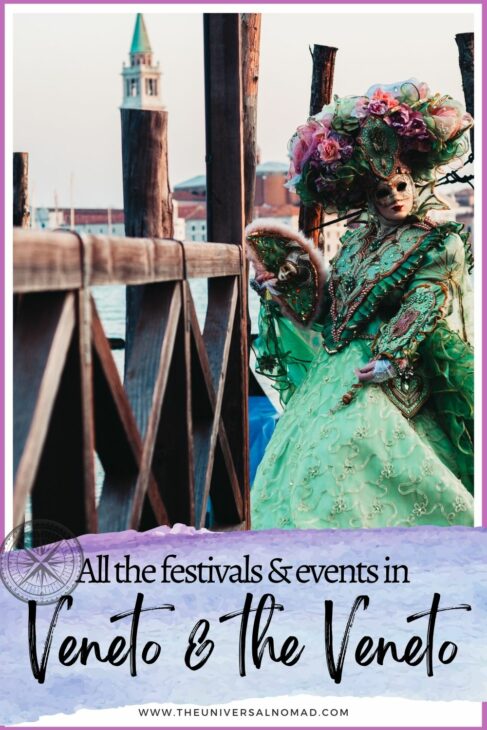 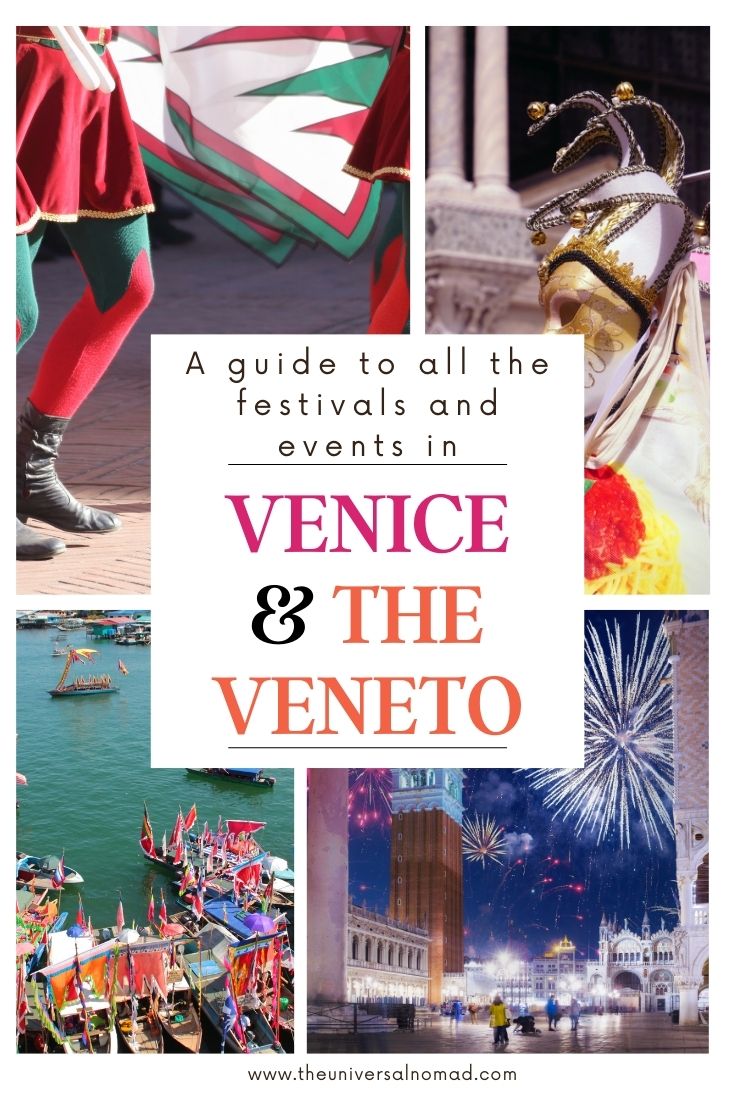