Escape to the Amalfi Coast in Southern Italy

Who hasn’t heard of the Amalfi Coast? A stunning stretch of coastline in southern Italy, with picture perfect villages that overlook the Tyrrhenian Sea.

Just looking at the photos of the sun drenched colourful houses perched on cliff edges and stripped beach umbrellas has me itching to book a flight!

Most people when they think of the Amalfi Coast tend to think of Sorrento, Positano, Ravello and Amalfi. There are actually 13 municipalities along the Amalfi Coast – and no Sorrento is not one of them – though it is the unofficial northern starting point. Notoriously hard to get to, which probably adds to the mystique, the Amalfi region has only one land route which runs from the town of Vietri sul Mare all the way to Positano. There are no trains or planes, just cars, a bus and ferries. So pack light!

There are 16 communes, each with their own villages or towns, some along the coast, some are in the hills. But they all have their own unique personality and traditions, even if they have the same incredible views!

Most people will have only heard of some of these names, but that doesn’t mean the others have nothing to offer. You will encounter a much more authentic experience – by missing out on the English speaking tourist hoards, the other towns have retained much of their original character and traditions.

From picturesque seaside towns, stunning landscapes, historic villages with Byzantine architecture and perfect swimming spots the entire region is a window to another time. 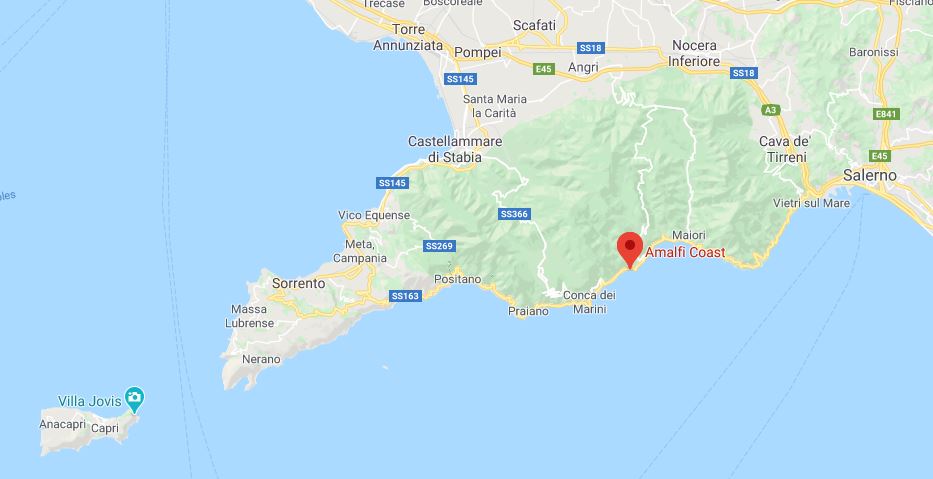 What is the region known for?

Well Limoncello is the obvious one! But a lessor known one is Paper. Back in the 13th Century during trade with the Arabs, paper mills were established in the Amalfi region. Known as “Charta bambagina” the paper made from these mills were considered to be elegant and also cheaper than parchment commonly made at the time.

Bambagina was originally made from cut up rags, linen, hemp and cotton that were pounded into fiber, before the pulp was stretched out over a mesh screen. The method became so popular, and demand for the paper so high, that the region started turning their water mills into paper mills. Now there is only mill still producing this paper (Museo della Carta – the Museum of Hand-Made Amalfi Paper).

Dating back to the time of the ancient Romans, the Amalfi Coast has long been a favourite among the rich and famous.

It’s popularity was reinvigorated during the 19th Century Grand Tours, when the likes of Lord Byron, John Keates, Charles Dickens and Walter Scott all stayed in Sorrento and along the Amalfi Coast. 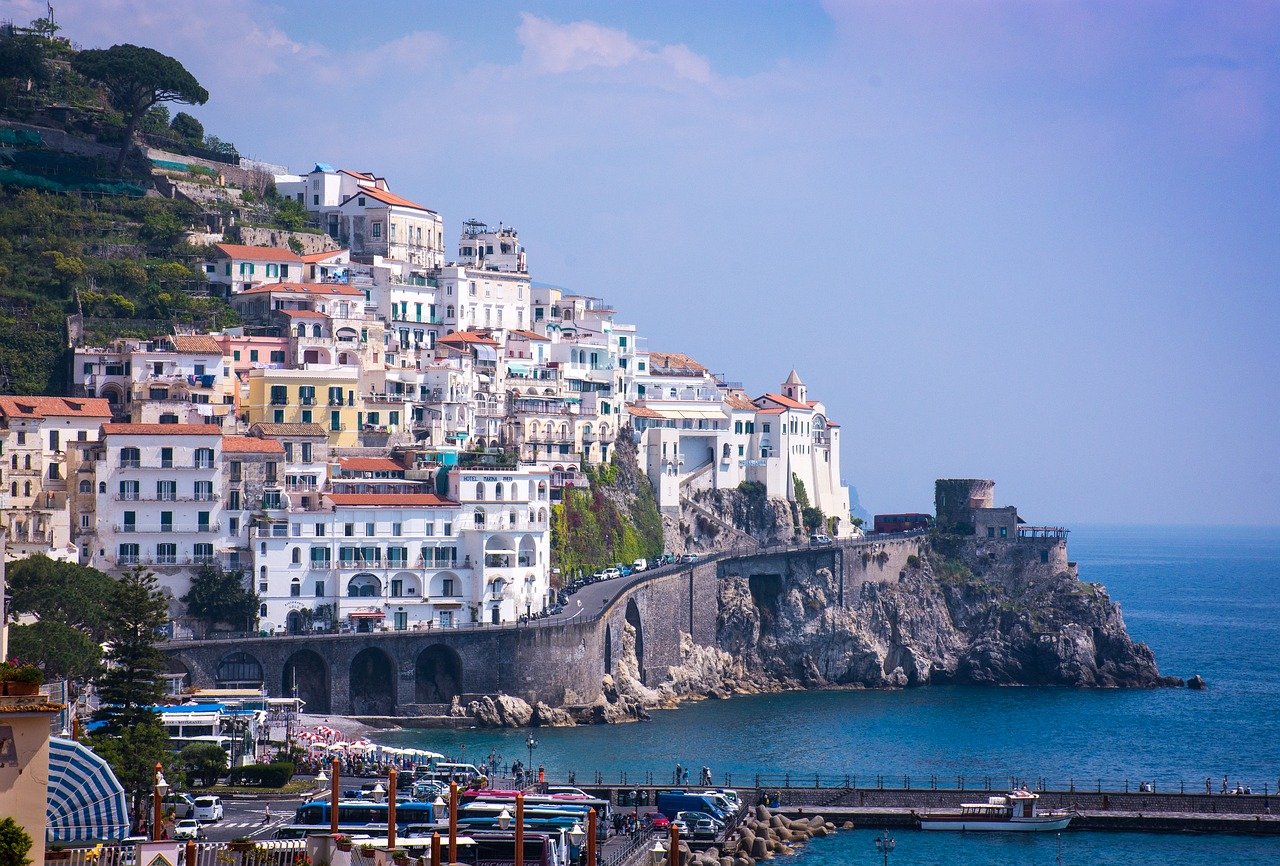 Which town should you visit on the Amalfi Coast?

This is a hard one, each town has its own unique traits. Whether it is a child friendly beach, a thriving bar scene, breath taking hikes or a cultural escape. Read through my posts on each of the towns to find the right one for you.

Explore the Amalfi Coast with these Tours

The Best Day Trips from Naples 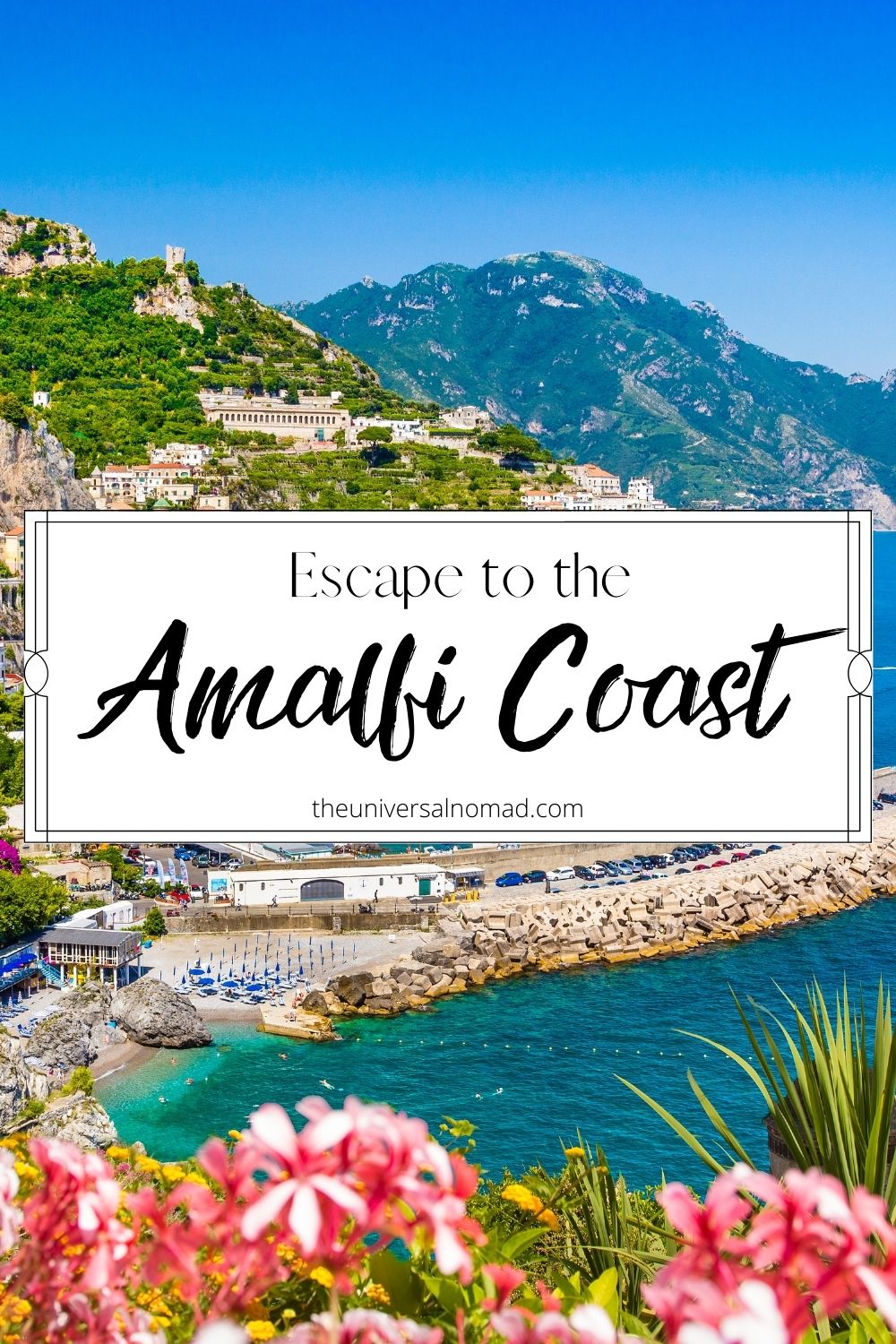 The benefits of reading travel books

16 Things to Do in Sorrento, Italy

Bem vindo a Portugal – 12 Reasons why you should visit Portugal

How to become a Digital Entrepreneur

What to do in Lisbon, Portugal

The Best Reasons to Visit Monaco

I'm Krissy, a Melbourne girl whose head is always in the sky. I love adventures, meeting new people and exploring the world - all with a book in ha