I know I’ve written about things to do and see in Naples, but what are the top fun facts about Naples that most people wouldn’t know?

Here are 29 random facts about the ancient City of Naples (and some of the general ones). 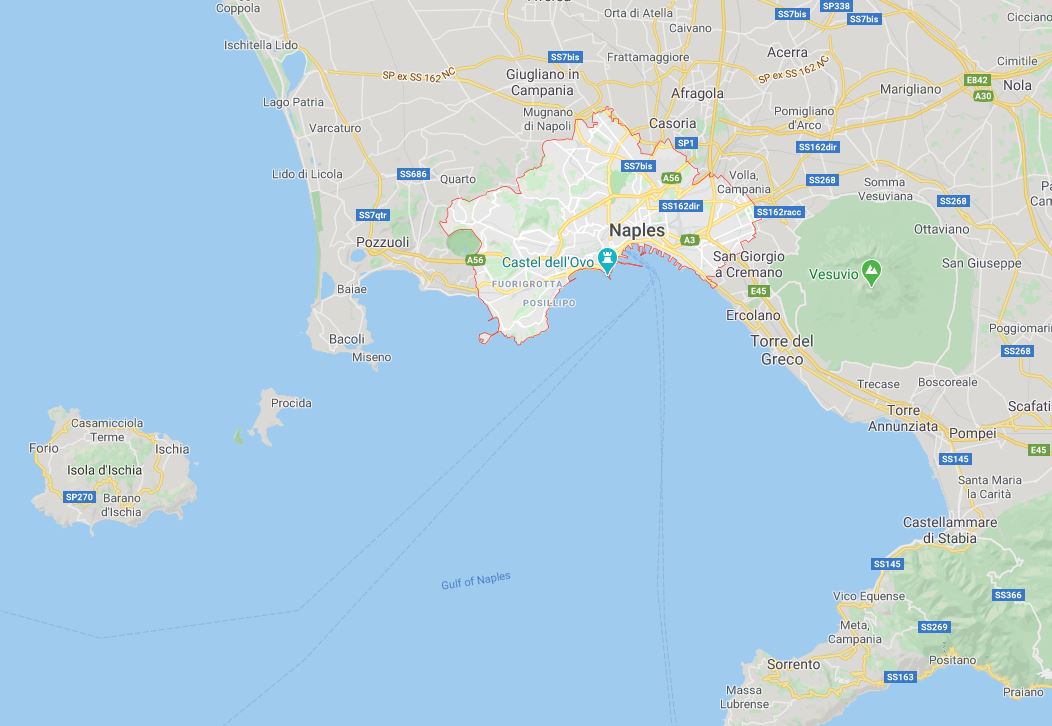 #1   English call the city Naples but Italians call it Napoli.

#2   The original colony called the area Parthenope, but the name was changed in the 8th Century to the Greek word Neapolis
(Νεάπολις) which means ‘new city’.

#7   The Historic Naples City Centre was designated as a UNESCO world heritage protected site in 1995.

#8   The Historic Naples City centre is the largest in Europe and spans across 4,200 acres (3.8 square miles).

#9   The City of Naples is divided into 30 quarters, each named after their location or featured attributes, and each with its own personality!

#10   The famous song “O Sole Mio” which was recorded by Luciano Pavarotti in 1980, was written in Naples (see the video on Youtube)

#11   It is dangerous to be a pedestrian in Naples! Many of the streets are extremely narrow and only just fit a car through. Be prepared to jump into doorways at any second

#12   The Neapolitan Mafia is known as The Camorra. It is one of the oldest criminal organisations in Italy, which was founded in the 17th
Century.

#13   The very first pizzeria in Italy and the entire world was opened in Naples in 1830, and it still operating today. (Antica Pizzeria Port’Alba) 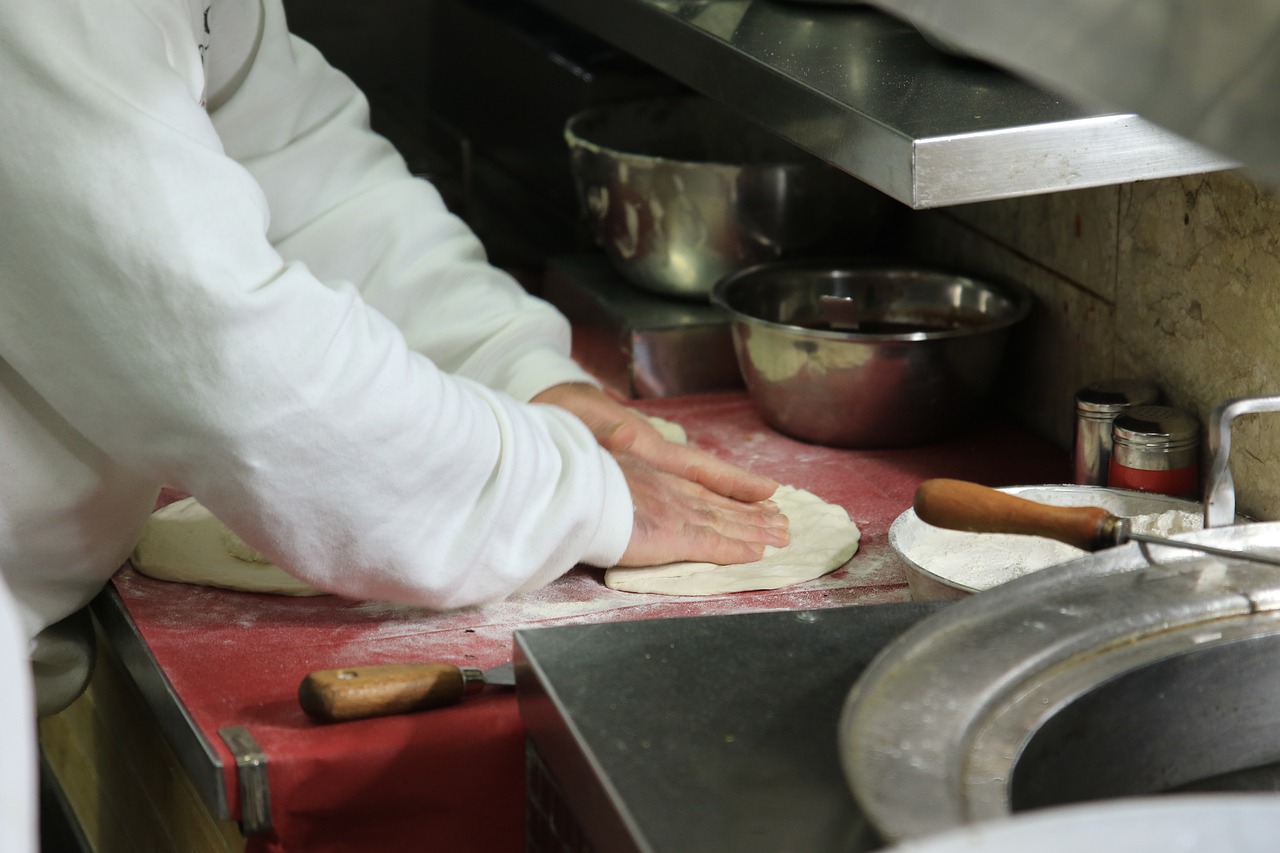 #14   The classic Margherita Pizza was born in Naples in 1889. Named for the Italian Queen Margherita when she visited the city, by the pizza maker instructed to make a pizza for her and her husband King Umberto I.

#15  There is a pizza festival in Naples every year, usually in September, called Pizzafest, where over 100,000 pizzas are made and eaten over 10 days.

#16   Naples has 24 Michelin Star restaurants, which is more than anywhere else in Italy

#17   There used to be rivers in Naples, which were navigated by the ancient Greeks, but they have all long since been covered up by construction.

#18   The Central Funicular in Naples is one of the most used funiculars in the world, and one of the largest. It was opened in 1928 and carries more than 10 million passengers every year.

#19   The Port of Naples is the 12th biggest passenger port in Europe, with millions of people going through it every year. It also handles massive amounts of commercial freight as well.

#20   Cappuccinos were invented on the Amalfi Coast, and named after the Capuchin Monks. The monks were the first to add warm milk to the coffee, and now the drink is named after them! 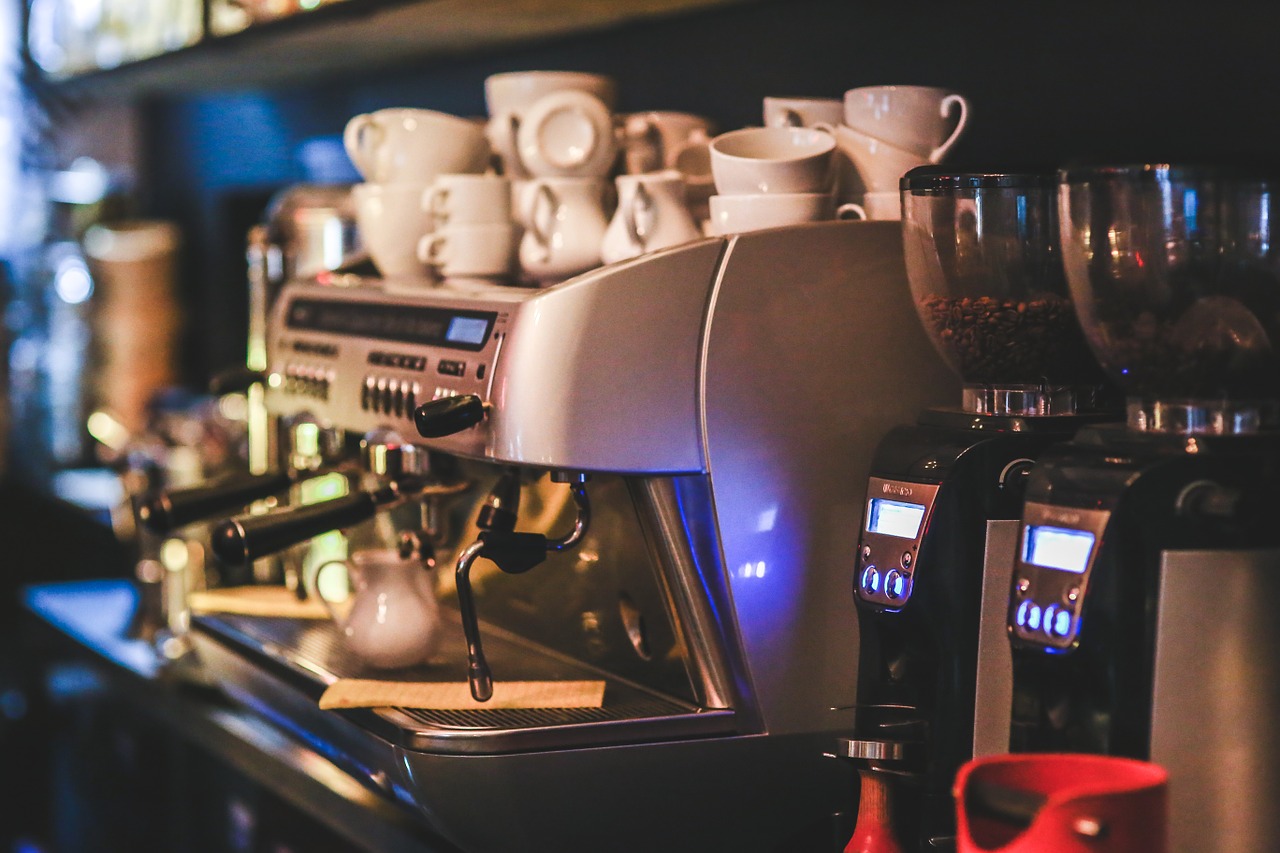 #22   Naples is considered a microcosm of European history. This is because it witnessed several civilisations come and go, with each leaving its mark on the city through art and architecture.

#23   There is a legend that a magical egg containing protective powers is buried in the Castel dell’Ovo. It was believed that the Roman poet Virgil, who was thought to be a sorcerer in the Middle Ages, put a magical egg into the foundations of the castle to support and protect it. The legend says if the egg is destroyed, then the castle would be too, leading to a disaster for Naples.

#24   Naples is close to Mount Vesuvius, a volcano famous for its eruption in 79AD which destroyed Pompeii and Herculaneum. Vesuvius last erupted in 1944.

#25   There is a super volcano with 24 craters not far from Naples as well, called the Campi Flegrei (Phlegraean Fields). The last time this volcano erupted was in 1538, and is watched closely by scientists for any sign of an impending eruption.

#26   The University of Naples Federico II, which was founded in 1224 and still operates, is believed to the oldest state university in the world.

#27   As Naples was an important city during Fascist Italy, it was heavily bombed by the Allies in World War II. In fact, only Milan received more bombs. The city was heavily damaged and more than 25,000 people died from the air raids.

#28   At different stages of its history, Naples has been the capital of various different States and Empires, and was considered a primary cultural centre.

#29   There is a street dedicated to shops selling Christmas items all year round. It is called Via San Gregorio Armeno, and is filled with everything from Nativity scenes to kitschy decorations. 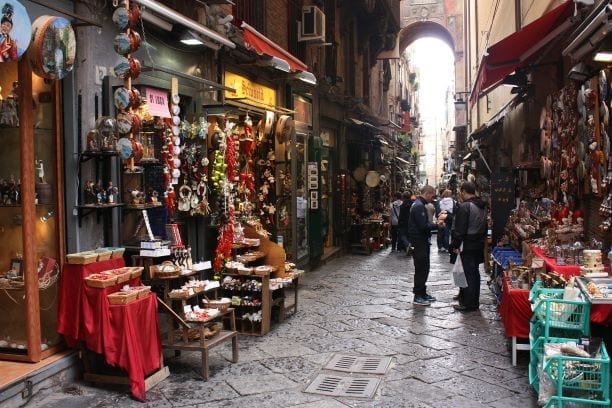 Explore Naples with the Tours 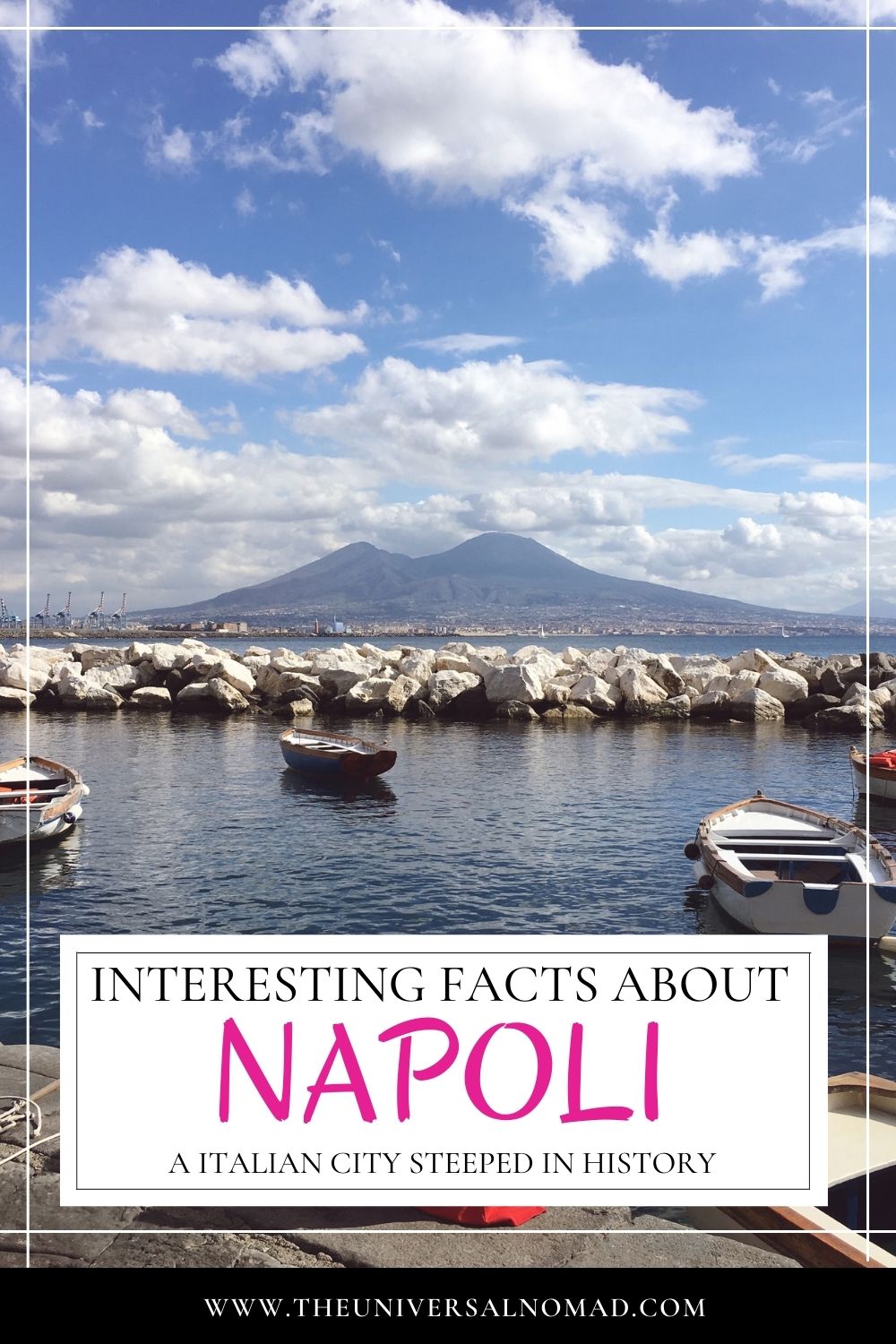 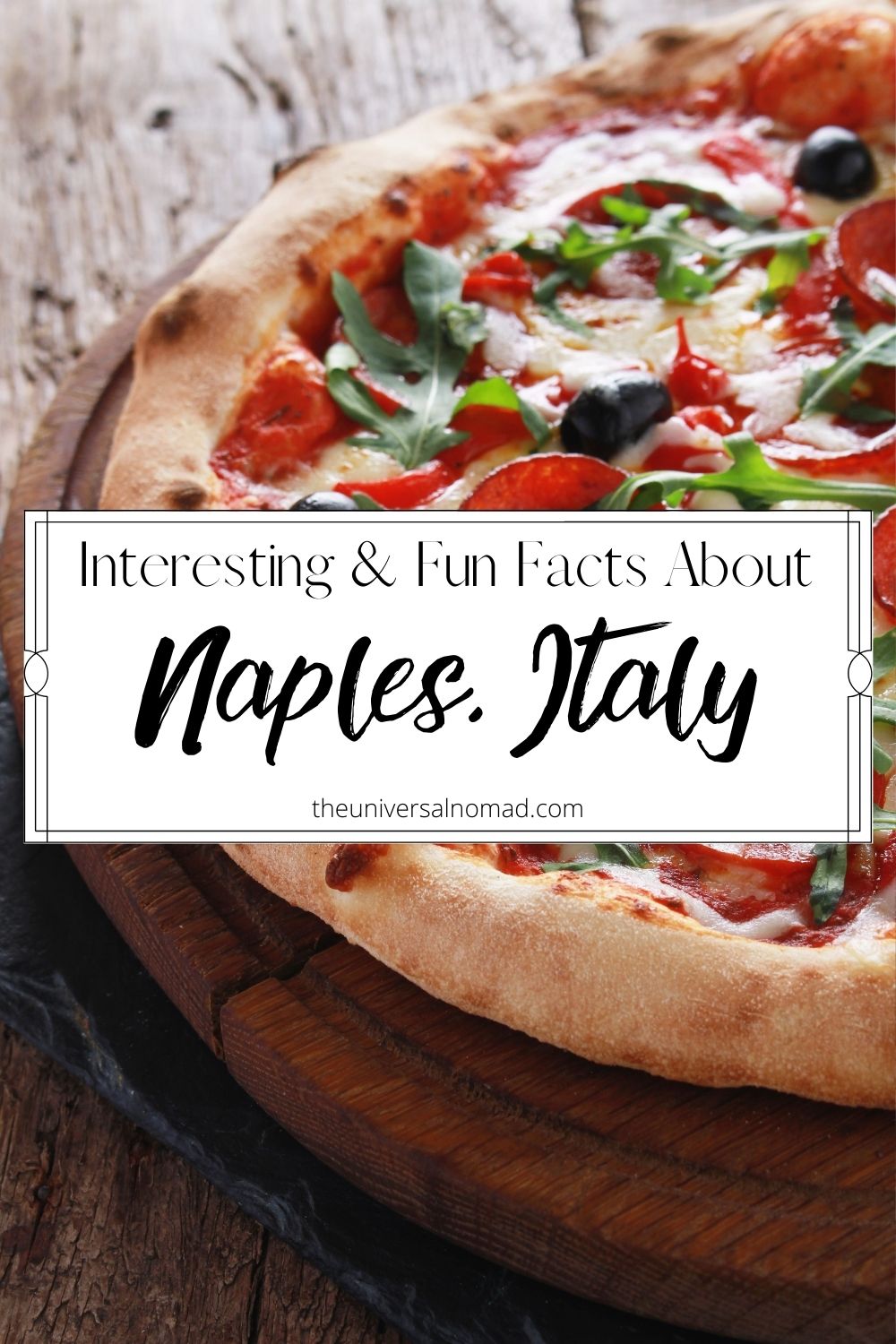 Another day in isolation

Sorrento, Italy – the Home of Lemons and Sirens along the Amalfi Coast

A short history of Venice & the Veneto

Are Toiletry Bags Useful for travel?

A new way of life

How to Explore Pompeii & Herculaneum