Sorrento, Italy… known for lemons, striped umbrellas, steep cliffs and being a very popular destination for tourists since as far back as the 1700s.

Popular due to its location – being one of the entry points to the Amalfi Coast, as well as being on the train line to Naples and Pompeii – Sorrento is easy to access and visit as either a day trip or as a base for exploring the Amalfi region.

The picture perfect town has stunning views across the Sorrentine Peninsula, the Bay of Naples and the imposing Mount Vesuvius.

Here is my guide to Sorrento and why you should visit this gorgeous little town.

Legend has it that the town was founded by the Greek warrior Ulysses, who built a temple devoted to the Sirens. In the Greek myths, Sirens were mermaids who lured sailors to their death by enchanting them with song.

In the Odyssey, Ulysses is warned by the sorceress Circe that the Sirens would be in the path of his ship. So he filled his ears and the ears of his sailors with wax, and had his men tie him to the mast of the ship. 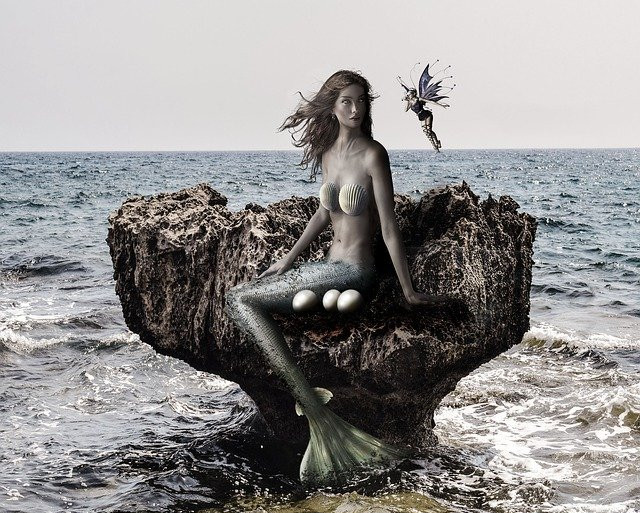 A brief history of Sorrento

Like Naples, Sorrento has had a number of different occupiers who all left their mark on the town. However, the area was first settled by Ancient Greeks sometime between 474BC and 420 BC, before Romans took over and the rest occurred. Due to its seaside location it was a prime target not just for pirates (of whom there were many) but also from invaders who sought a foothold in Italy.

During the Middle Ages, Sorrento and the Sorrentine Peninsula was a regular target for pirates (while also being the home of pirates as well!) At one point the attacks were so severe, the town was forced to build strong stone fortresses and watchtowers to protect the town. While none are standing anymore, you can still find the ruins of some of these walls around the area.

Sorrento eventually became part of the new Kingdom of Italy in 1861.

But did you know it was also popular back during the 19th Century Grand Tour days? The Grand Tour was considered integral to the cultural education of wealthy noble sons. 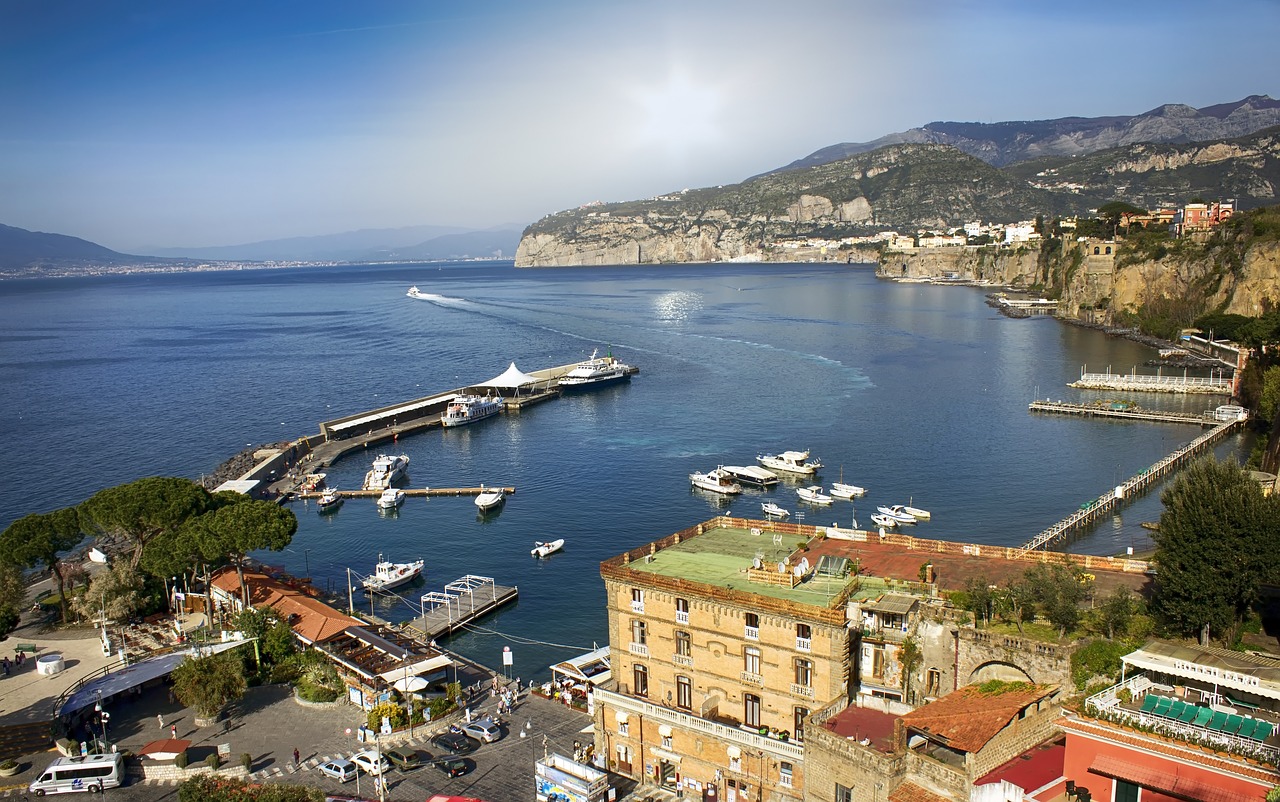 Take the time to explore Sorrento

Sorrento has a rich history behind the stunning views and its lemon filled façade. There are several archaeological sites from different parts of its history worth exploring while you are there.

You can still see parts of the original ancient Greek and Roman layouts in the centre.

If you want to do as the locals do, then start your wanderings from Piazza Tasso. The Piazza is a popular starting and finishing spot for evening strolls (or passeggiata) along the streets of Sorrento.

Sorrento itself does feel deceptively small, but as you explore past the historic city centre you will find there is much more to the area. Along with some incredible photo opportunities! 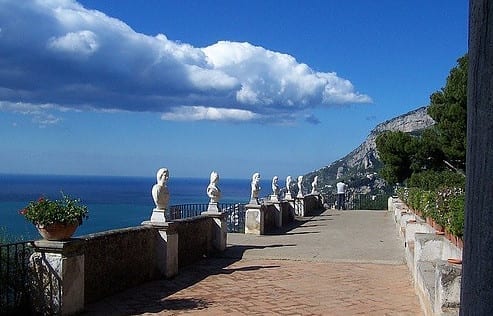 Amble along the coast

Sorrento is built along the top of a cliff, with both public elevators and walkways to the beach and ports below. The views across the ocean truly are stunning, even the public park feels more like a garden belonging to a Palazzo.

Head down to the Marina Grande to watch the fishing boats and ferries come in. During the summer months both Marina Grande and Marina Piccola are kept busy by day trippers heading to the nearby island of Capri and along the Amalfi coast.

The small beaches are accessible but you will need to pay a fee to access them. Instead, head out along the coast find the true hidden gems.

Limoncello, made from the local lemons, is a citrus based spirit usually consumed after dinner.  Made from lemons, sugar, water and alcohol.

This is a delicious drink served in a shot glass. But no need to down it in one shot! Sip and savour your limoncello as it is a creeper. Deceptively easy to drink, the alcohol content can be surprisingly high due to the invariably home-made nature of the drink (as one of my friends found out the hard way!)

Interestingly enough even though the area is known now for its lemons and oranges, the citrus fruit was introduced to the region by Jewish immigrants in the first century AD. Jesuit priests cultivated the fruit in the 1600s and the lemons have since taken over the region.

Take the time to visit I Giardini di Cataldo, the traditional citrus grove in the centre of Sorrento. Operated by the town council, you can wander through the lemon trees and sample some of the locally produced limoncello. 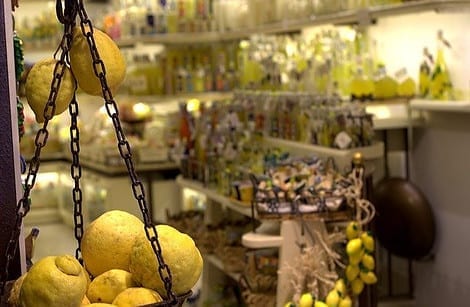 So there you have it, a gorgeous little town that lives up to its reputation and will make you feel like a movie star while you are there…

Explore Sorrento with these walking tours

Pin Me for Reference! 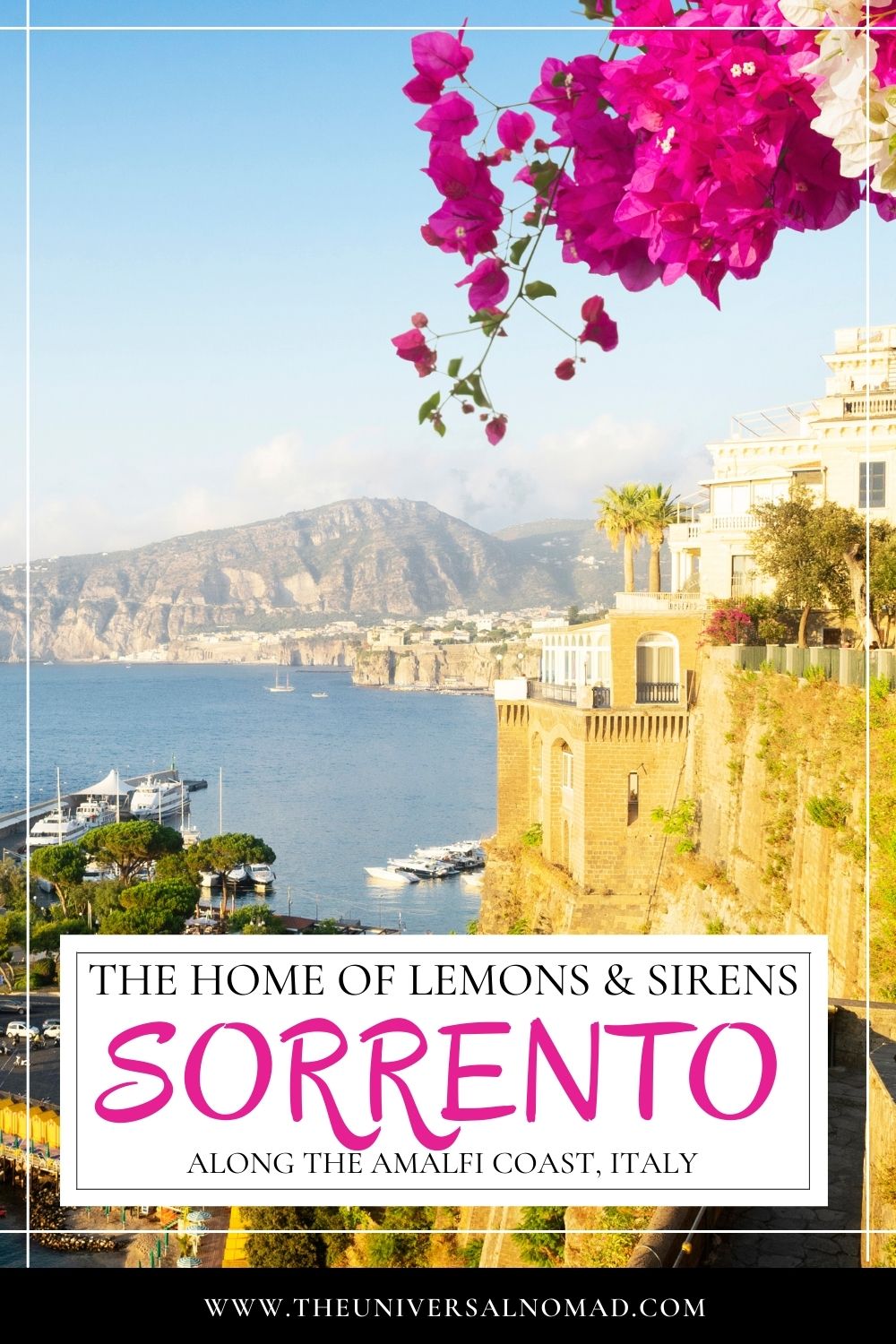 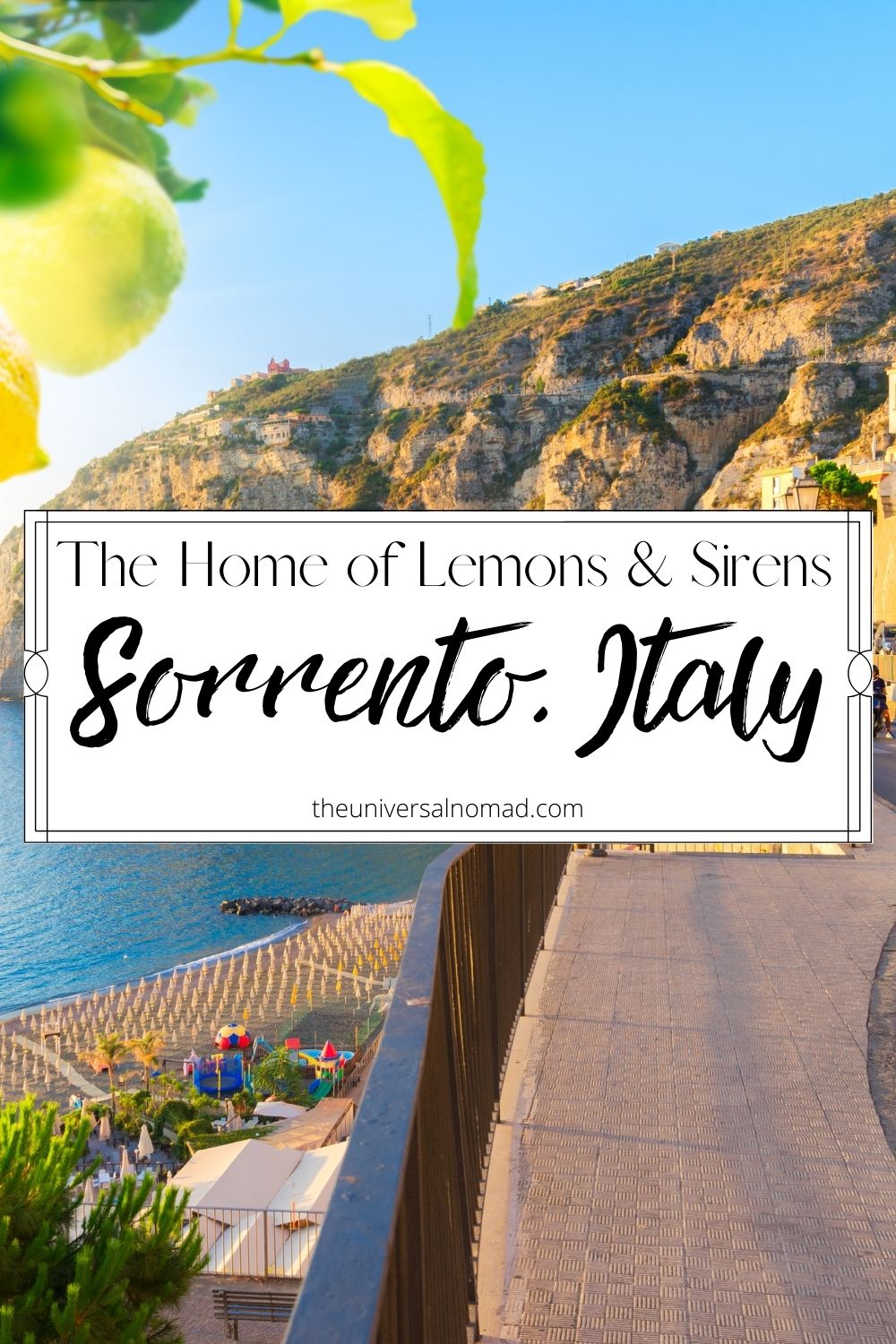 How to explore Venice from Home with Virtual Tours

Oh Osaka! What to do when in Osaka