One of the reasons I started this blog is to share my love of travel. Travel is something that most people can agree is an incredible experience, and depending on which corner of the world you are in, it can be easy or it can be harder.

Being from Australia, pretty much every destination is a mission to get to! In fact just getting around Australia in itself can be a challenge.

So when I do go, it is normally for as long as I can get away with. Which means being organised and planning as much as possible beforehand to make the most of the time I have when I get there. The internet has certainly made things much easier in that regard, however because there is so much information online, it is also harder. Finding legitimate reviews, activities and accommodation can be very time-consuming.

As I continue writing this blog, you’ll find stories, ideas and tips of things I’ve done as I’ve explored different cities and areas.

What does it mean to Travel Like a Local?

To me the idea of travelling like a local means slowing down, time the time to appreciate the local culture, and not contribute to problems caused by over-tourism.

This means dressing properly (no gym gear – dress as the locals do), wearing discreet bags (no day packs or bum bags), and going off the well-worn paths trodden by millions of tourists before to find real cafes, shops and restaurants that don’t make over-priced knockoffs that are sold in the main streets.

By no means am I saying to ignore museums, shopping districts or landmarks, but mixing it up a bit to make sure my money is going to more than just some giant conglomerate but to local small businesses as well.

I am just as guilty as the next person when it comes to staying in Airbnb’s. However, I only book it as a last resort when I can’t find a reasonable hotel, hostel or bed & breakfast.

While private letting and couch surfing has always been around, it didn’t really have a big impact on local property prices until Airbnb started. At first, it was just people renting out their couches and spare beds, but it has since grown into a beast of different kind. People now buy properties with the sole intention of listing them on Airbnb as it can be significantly more profitable than renting it to a local. There have even been people caught listing the rooms and properties on Airbnb even though they are a tenant themselves!

All of this contributes to pushing locals out further and changes the dynamics of an area. Not ideal. Governments have been slow to cash in on the potential tax benefits, but they have now. Whether this has a long term impact or not remains to be seen.

Hostels – the love child of hotels and camp sites sit in a middle ground. I fully support independent hostels run by locals and families. The giant 300 bed factories, not so much. The original idea of hostels was to provide cheap, basic accommodation in a central(ish) area run by locals who could give genuine advice about where to go and what to do. Now, the front desk of every hostel has the exact same leaflets, from the exact same large scale tourism operators and are run by large scale businesses. Not exactly helping the real locals.

So what is the solution? Try finding smaller family run businesses. This will be a challenge in large cities, but if you are exploring regional areas then it is a very viable option. 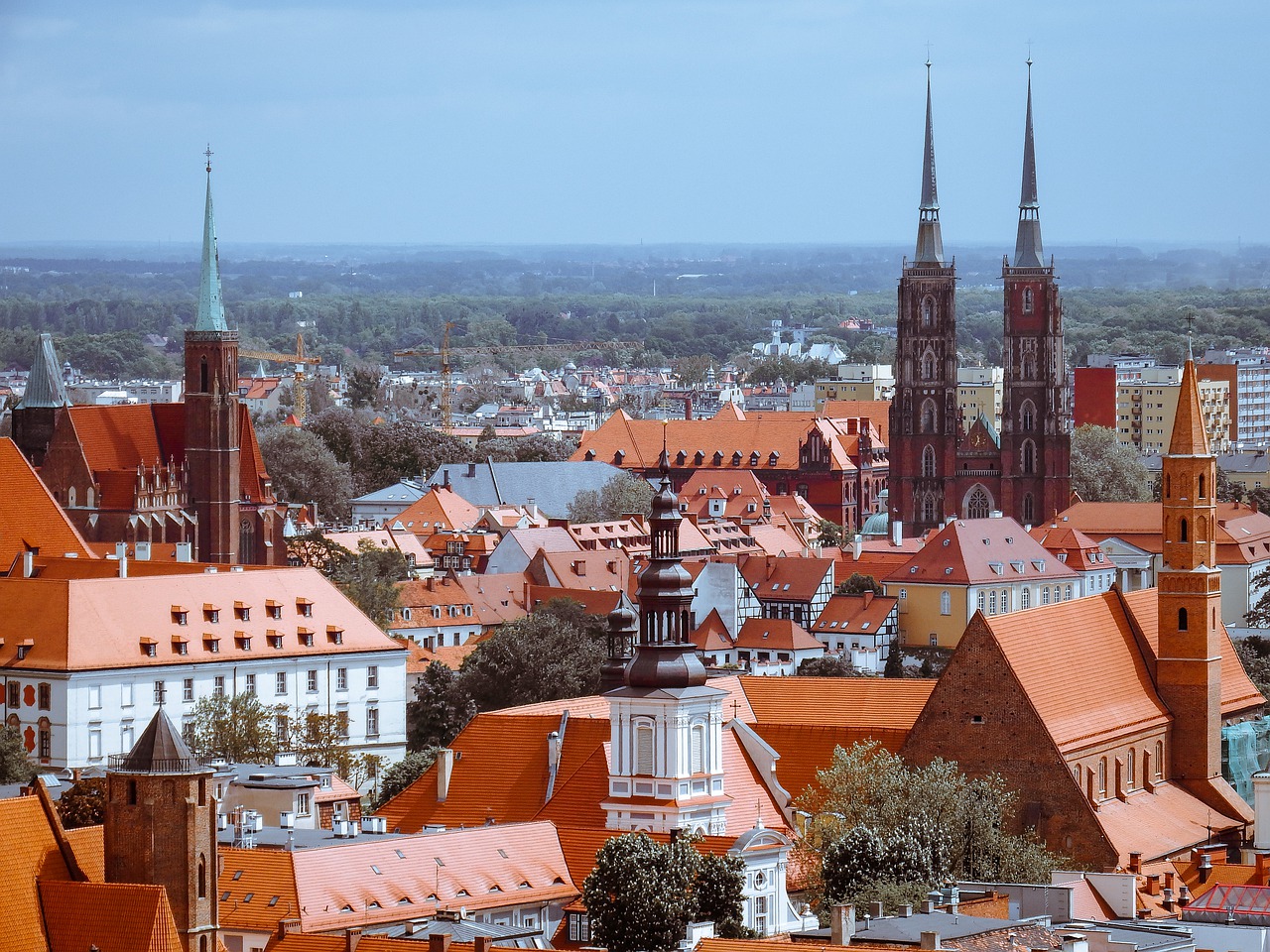 Well this is an easy one – they won’t be in St Mark’s square arguing with a waiter because they’ve been charged triple for sitting outside!

I usually like to find out what the local dishes are, and then find restaurants that are known for it. Better yet, when you are walking around an area and you get hungry, have a look around. Where are people eating? Do they look like (or sound like) tourists or locals? Go to the one that looks local. I can pretty much guarantee that the food will be better, and so will the price.

Some of the best places I’ve eaten at were pure accidents, I was lost and hungry! The menu looked good (thank you to Google Translate) and the food definitely did not disappoint. Others were recommendations from the owners of wherever I was staying. Sometimes fellow-travellers would recommend somewhere they had found.

The internet can only tell you so much, so speak to someone. You never know what you will find.

Anyone can travel like a local if they really want to. While the world is getting much smaller thanks to the internet, it is still a massive place with so much more than just main cities and tourist destinations. Rather than rushing through a quick 2-week tour through 3 countries, slow down. Pick one city in one country and make it a base for that time.

Explore the surrounding area. Milan is a fantastic example of this. In less than 2 hours by train from Milan you can get to Lake Como, Bergamo, Verona, Lake Garda, Bologna, Pavia, Camogli, Turin, Lake Maggiore and Cremona, just to name a few.

You can have dinner in a different town every night without having to take a single flight or lug your suitcase around. Just grab a bottle of water, a snack and hop on a train.

Over tourism has a significant effect on society as a whole, reducing entire cultures to a side note in a guide book. While mass tourism does add jobs to the economy, it often doesn’t trickle down to locals who have to live with hoards of tourists. Ecology, geology, rents, food, shopping, petty crime are all impacted by tourists who have the exact same list of the exact same destinations/ restaurants/ cafes/ shops/ souvenirs/ photos that they have to tick off. Not exactly original either.

In this world of mass production, wouldn’t it be nice to take a step onto a street that is a little quieter and explore something that hasn’t been photographed by millions before you?

I would love to know what your thoughts are, do you travel like a local? 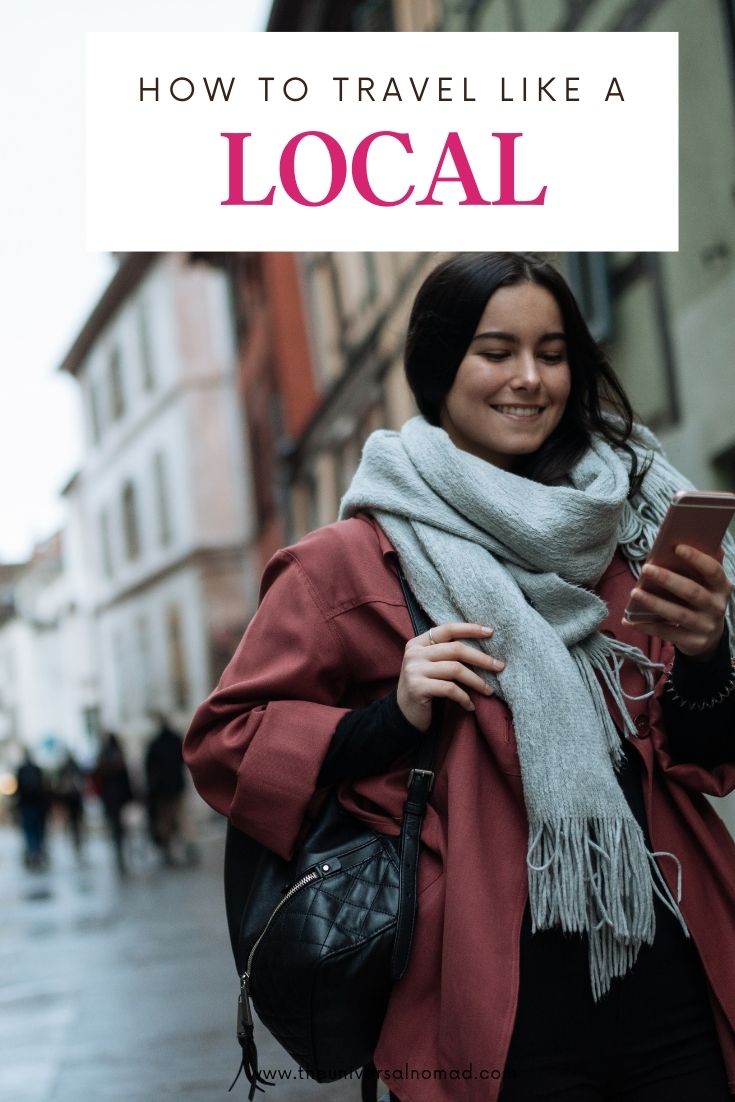 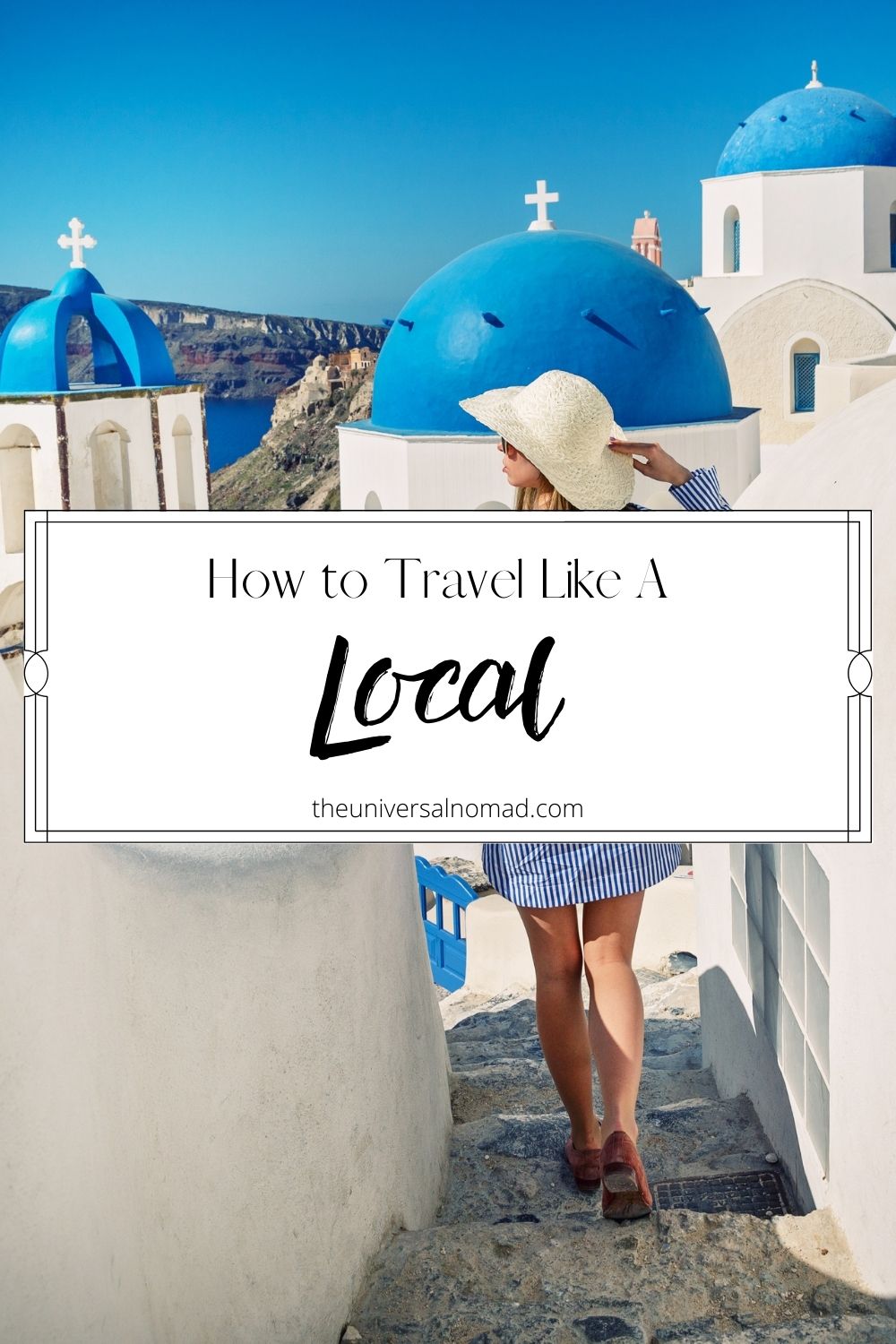 My review of the PacSafe Anti-Theft Luggage Range

The Case for Suitcases

How to Spend 24 Hours in Monaco

A Complete Guide to Verona, Italy

What Type of Jobs can You do as a Digital Nomad?