Travel is something I absolutely love. I am very passionate about exploring, learning about other cultures, meeting new people and getting out of my comfort zone in general.

If you ask my parents, they will say that even as a child I never saw my future in Melbourne. It might be home, and always will be, but I always talked about the world and where I wanted to go.

A lot of people talk about travel, and many love their once or twice a year vacation to an exotic destination. And that is more than fine, we are all different after all. But I live for the months at a time escape where I can slow down and not have to rush to return to reality.

I don’t tie myself down with too many belongings, and prefer contract roles with fixed terms over permanent long-term jobs. I’ve had relationships end because my partner couldn’t understand my obsession with the rest of the world, and made lifelong friends who live in different parts of the world.

My ultimate goal has always been to travel permanently. More specifically, to be able to travel whenever I want because my future online empire enables me to do so.

Family and health (and a serious relationship) have both been reasons why it hasn’t happened sooner. Here is the funny thing though… if we treat something as an idea but don’t act on it then it just stays as an idea.

What happens when you start treating it as a goal, and create a plan with actions and responsibilities?

This pandemic has made me realise that life is short, we truly do not know what will happen. Even now, travel has changed dramatically. Airlines, tour companies and countless small businesses that rely on tourism have all closed doors, and no one knows if they will ever reopen again.

I started my blogs as a creative outlet when I realised I had to make a choice between my lifelong dream (travel) and my relationship. We have both since realised that we are better off as friends, but at the time I was truly trying to give our relationship everything I had.

At the start of 2020 (it is scary how much has happened in 4 months!) a series of events occurred that made me wake up and focus on what I really wanted in life.

A decision had to be made. First and foremost, before I could start travelling again, something else needed to occur: Financial freedom. 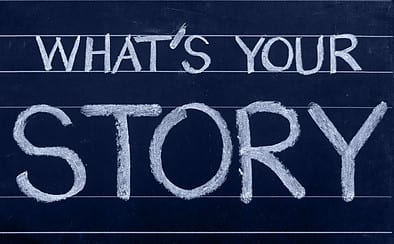 When my ex-partner & I moved in together, we split our furniture and appliances fairly evenly… my couch, bed frame, washing machine & TV, his fridge, microwave, speaker system and mattress etc. We sold the rest of the stuff on Gumtree fairly quickly, and put the money in a shared savings account.

Move forward to the start of January 2020, our apartment flooded due to the very old hot water unit in the bathroom. Thankfully I had gone on a massive cleaning spree the day before, so we didn’t have too much stuff on the floor. But because the place was carpeted we couldn’t stay in there. We ended up camping on our parents couches (both parents had downsized so there were no spares bedrooms).

The thing to realise here is that we were already some issues, and I was actively looking for a temporary place to move into when this happened.

I lasted 4 nights on my parents couch and moved into an AirBnb!

It was 5 days before we were allowed in to check the damage, and on the Friday we were told that the landlord was ending the lease early, because that flooding did a seriously good job of damaging the apartment. Not complaining though because we got the full bond back, as well as a refund on overpaid rent without even having to ask.

We had 2 days to pack up the entire apartment and hand the keys over. Let’s just say it wasn’t easy… but we did it. Everything was shoved into 2 storage cages in semi-organised boxes.

We eventually found my ex a new place to live, and aside from my clothes, books, shoes etc, he has kept everything (a mutual decision). I’ve been slowly getting some things back but as I’ve been living in an Airbnb apartment, the boxes have been going straight into my parents garage.

I thought about getting my custom made bed frame back (the drawers were designed for high heels to be able to stand up in), but part of the wooden frame was snapped during a house party. The cost to repair isn’t really worth it if the bed is going to stay in storage, so he’s kept the frame.

Long story short is that everything that happened so far this year has felt like a sign or permission if you prefer, to let go. I literally only own clothes, shoes, my laptop and some books now. It has been incredibly liberating not to be dragging around stuff.

Even some of that has been going onto eBay. Why am I holding onto shoes that don’t fit? And clothes that don’t fit me or suit my style anymore? It is just excess baggage at this stage. My books will never go, but they can stay with my parents!

Basically, I realised I was holding onto stuff for no real reason. I had read Marie Kondo’s book ‘Spark Joy’ a few years ago and it really resonated. Even more so when I looked around our flood damaged apartment. So many things that we brought because it looked cool or was on sale, but just ended up collecting dust. 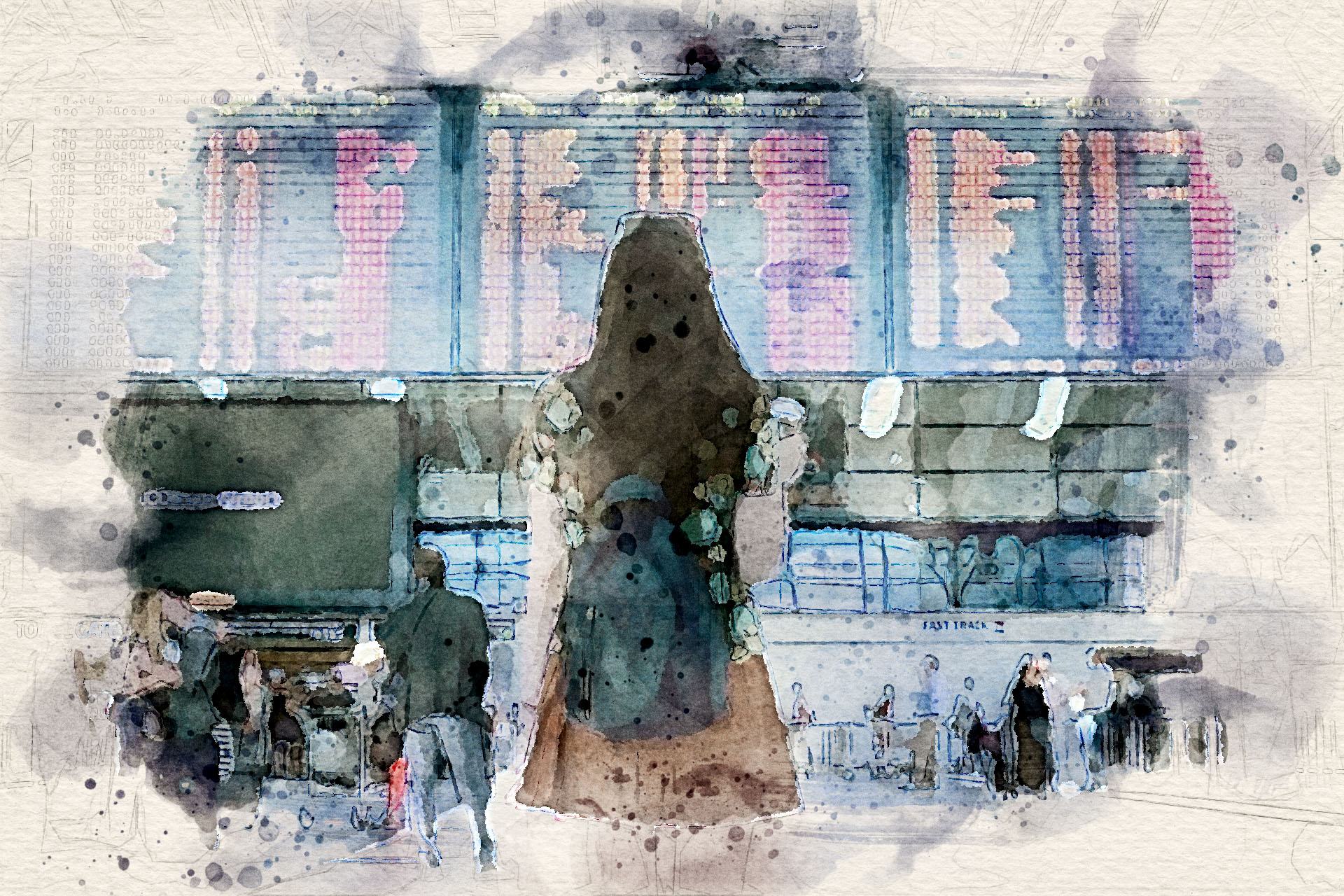 Now back to what I was writing about

Sorry I got a little off topic! Basically with everything that has happened, between the apartment flooding, my relationship ending and this global pandemic, I realised that it is now or never.

It is time to become the nomad I always dreamed of being. So everything I write about on my blogs, every experiment I do, is real. The lessons I learn are real. The results are real. And I really just wanted to be able to hold myself to account, and show others that if I can do it, so can they.

There is nothing wrong with dreaming big, as long as you take the steps to make it happen.

“Success is about dedication. You may not be where you want to be or do what you want to do when you’re on the journey but you’ve got to be willing to have vision and foresight that leads you to an incredible end.” – Usher

I have two main blogs, The Universal Nomad and The Future Nomad.

The reason I split them up is because they are focused a bit on different topics. The Universal Nomad is my travel blog, whereas the Future Nomad is about the steps I am taking to becoming a digital entrepreneur.

I really hope that what I write resonates with you, and that you enjoy reading about my adventures.

What is a Nomadic Lifestyle?

Things to think about when considering a Nomad lifestyle 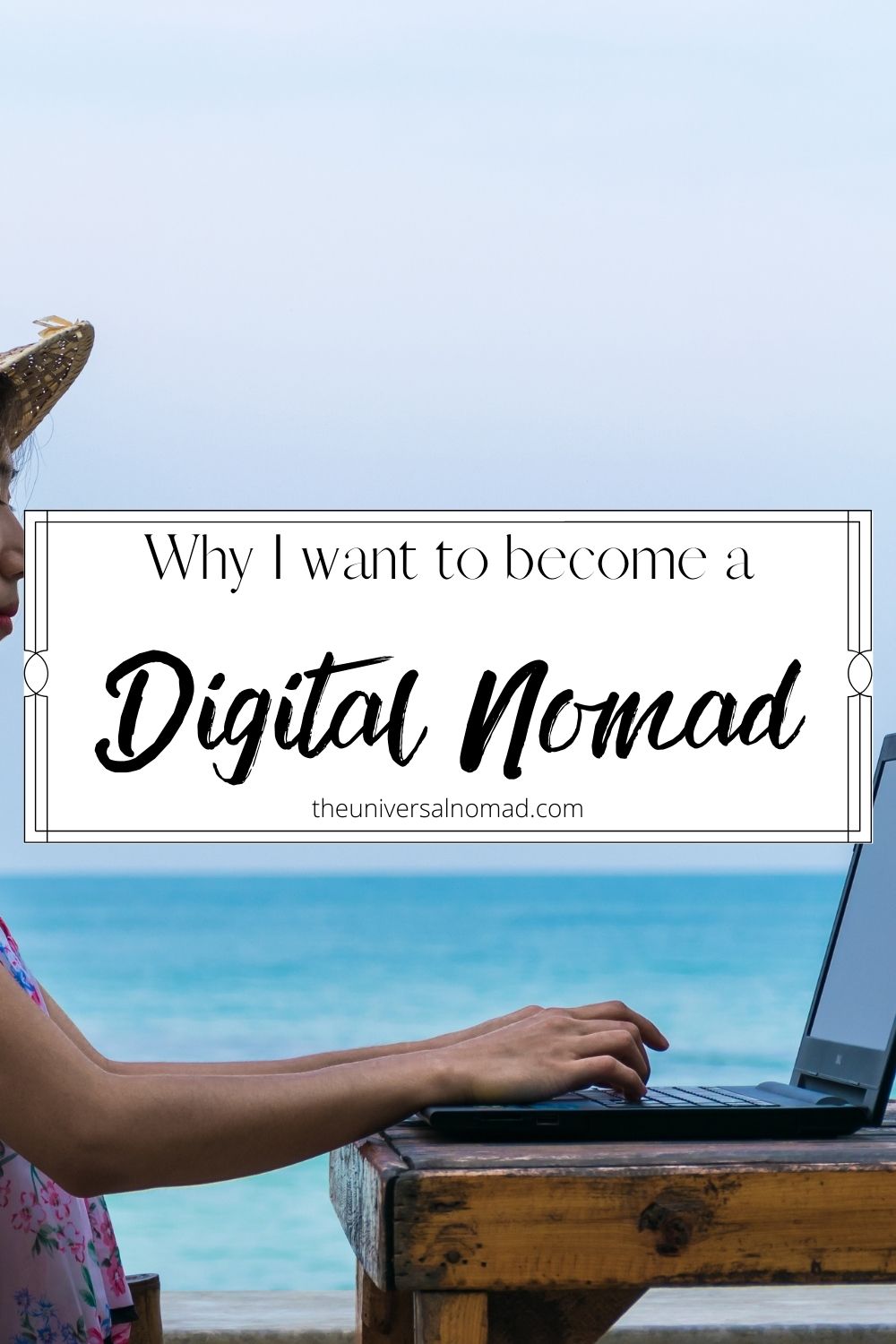 Things to think about when considering a Nomad Lifestyle

How to become an Entrepreneur with Wealthy Affiliate

The Best Packing Cubes for Travel

Sorrento, Italy – the Home of Lemons and Sirens along the Amalfi Coast